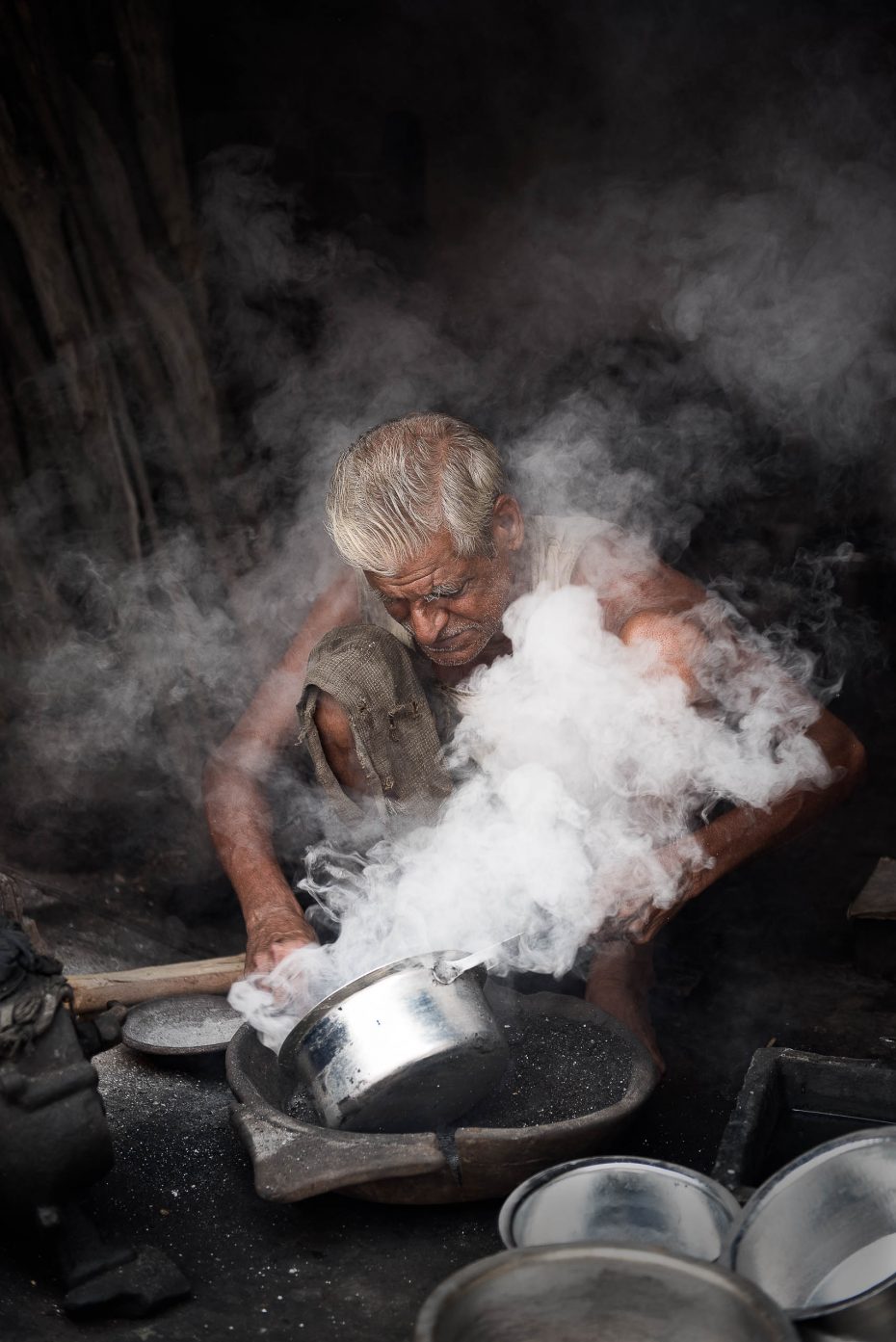 This man runs a dish washing service. Inside his little shop he heats up pans on a woodfire, and then scrubs them clean for 30 rupees per pan. Udaipur, Rajasthan, India.
Buy this print 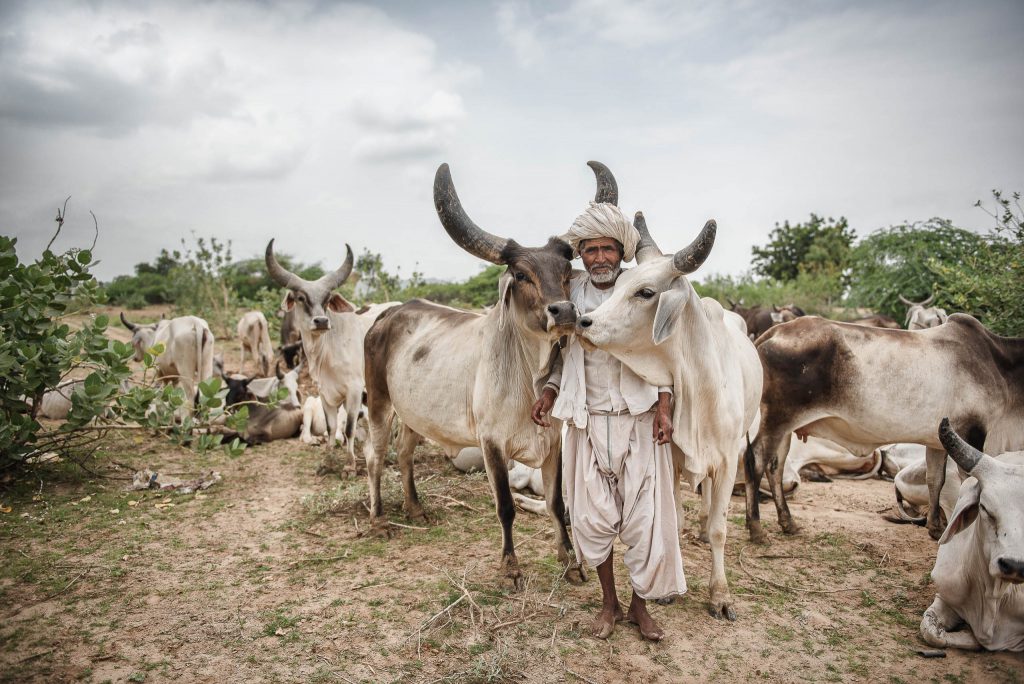 This rabari man lives a semi-nomadic life, always moving his cattle to new areas to graze. He sells their milk at villages to earn a living.
Buy this print 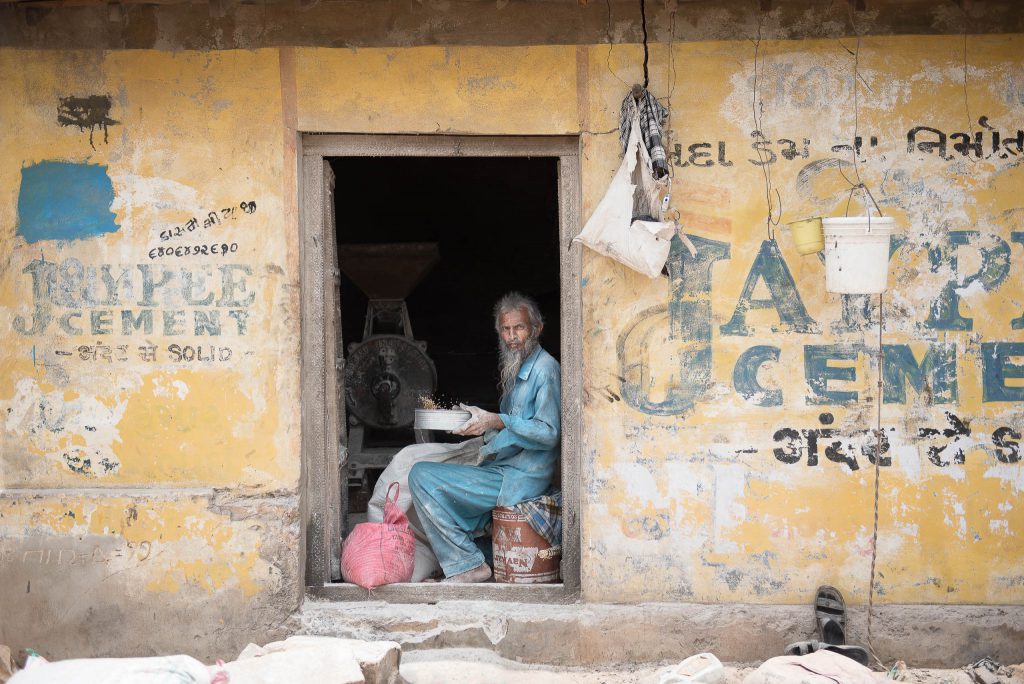 Man making flour in the doorway of his small factory. Khavda, Gujarat, India.
Buy this print 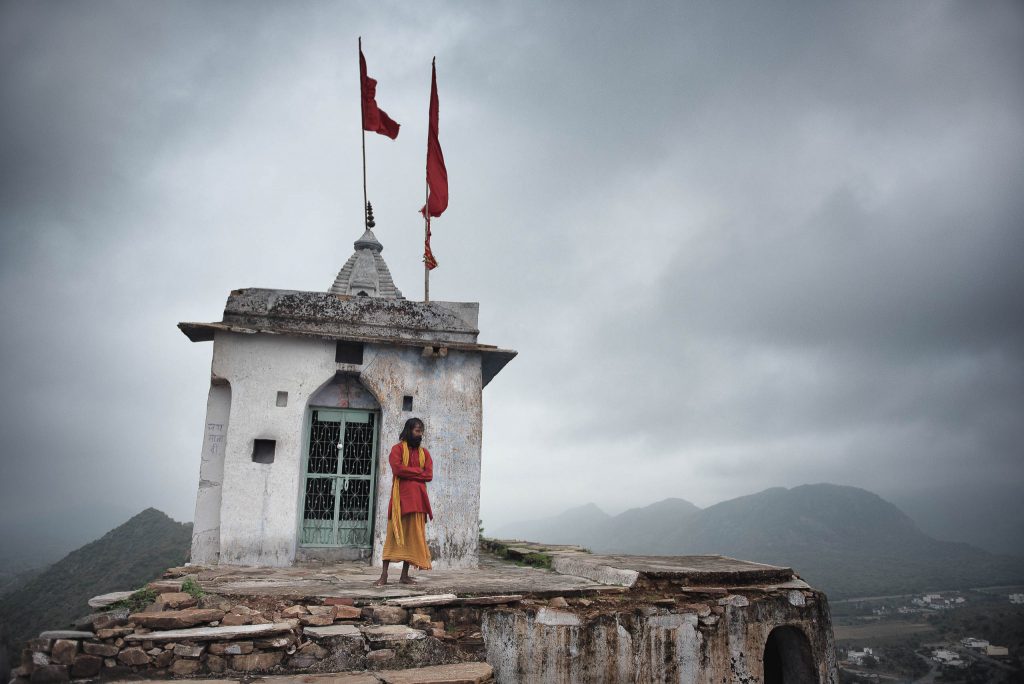 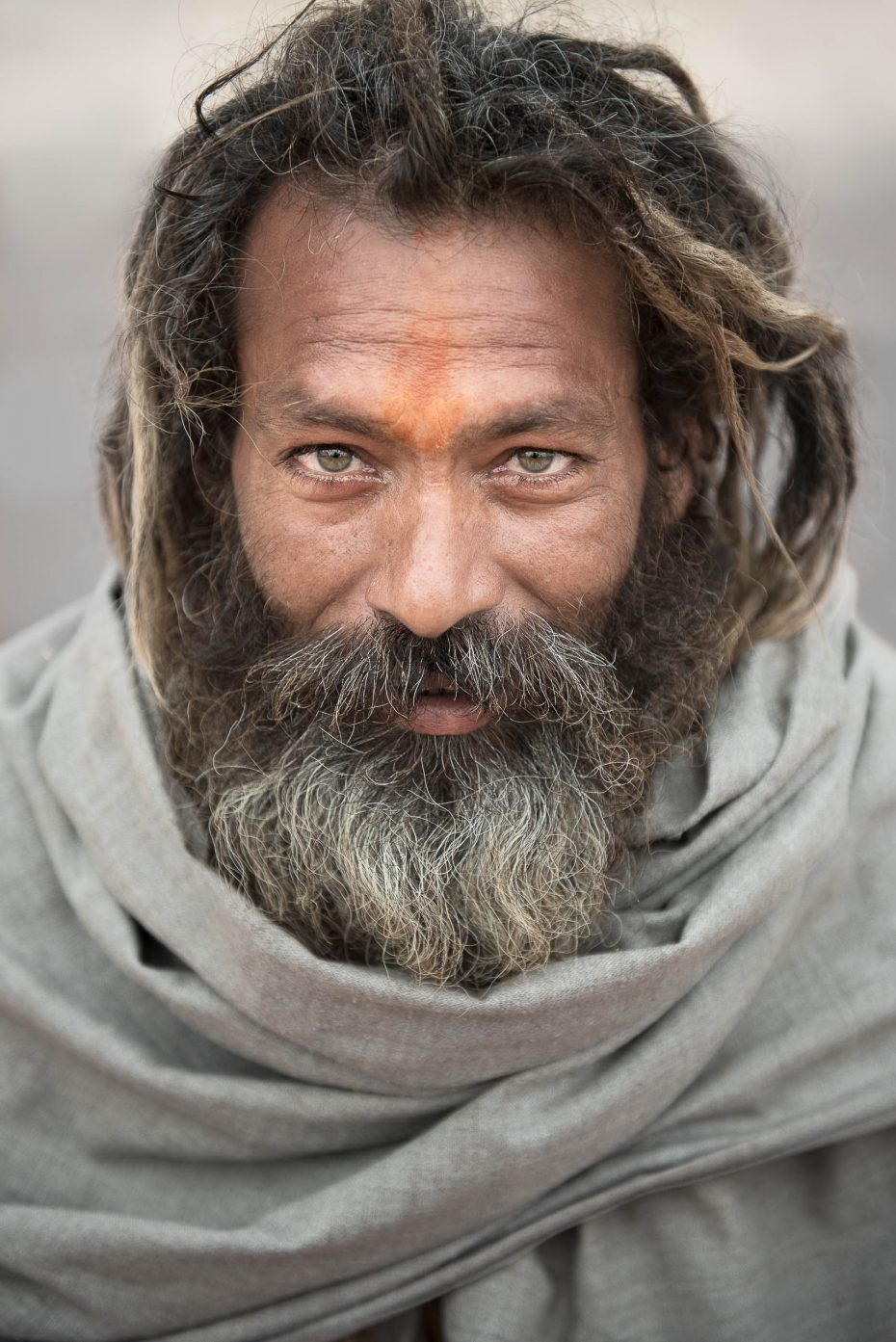 Holy men come together in the city of Nashik once every 12 years to celebrate Kumbh Mela.
Buy this print 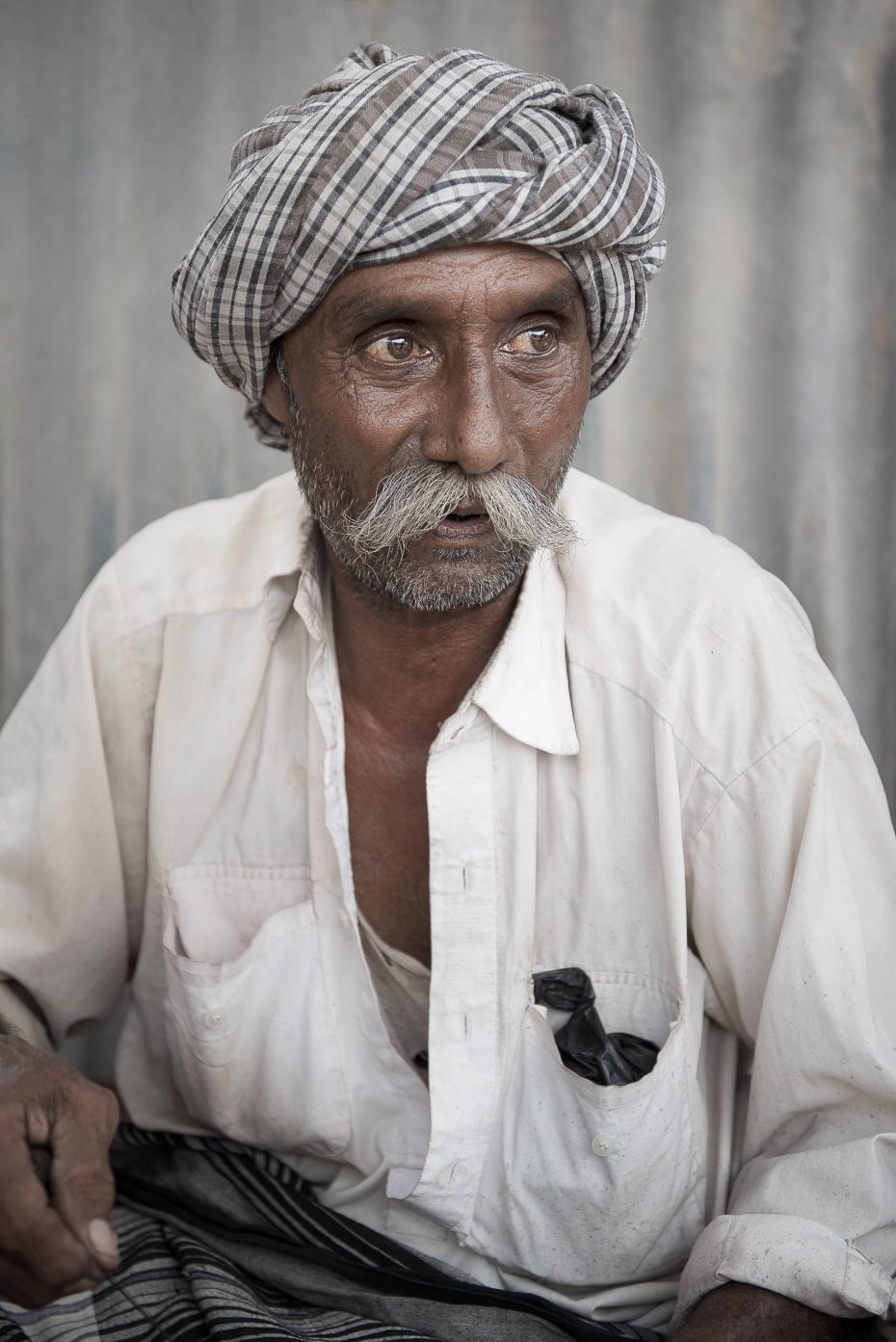 Cobbler reparing shoes in the small village of Khavda in Kutch, the most Western part of Gujarat, India.
Buy this print 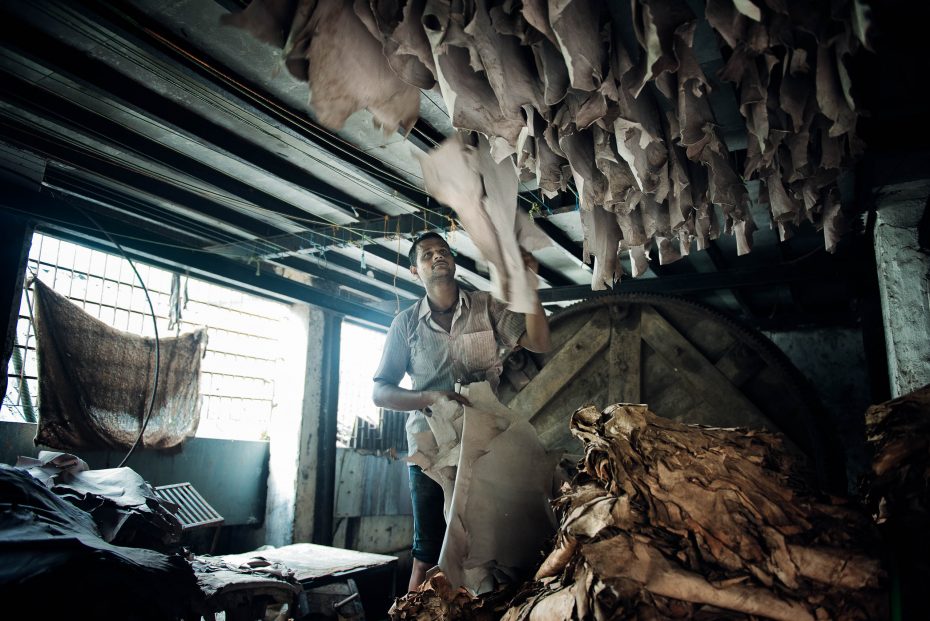 In India's biggest slum there are many small leather factories, which export to big brands as Armani and Gucci. 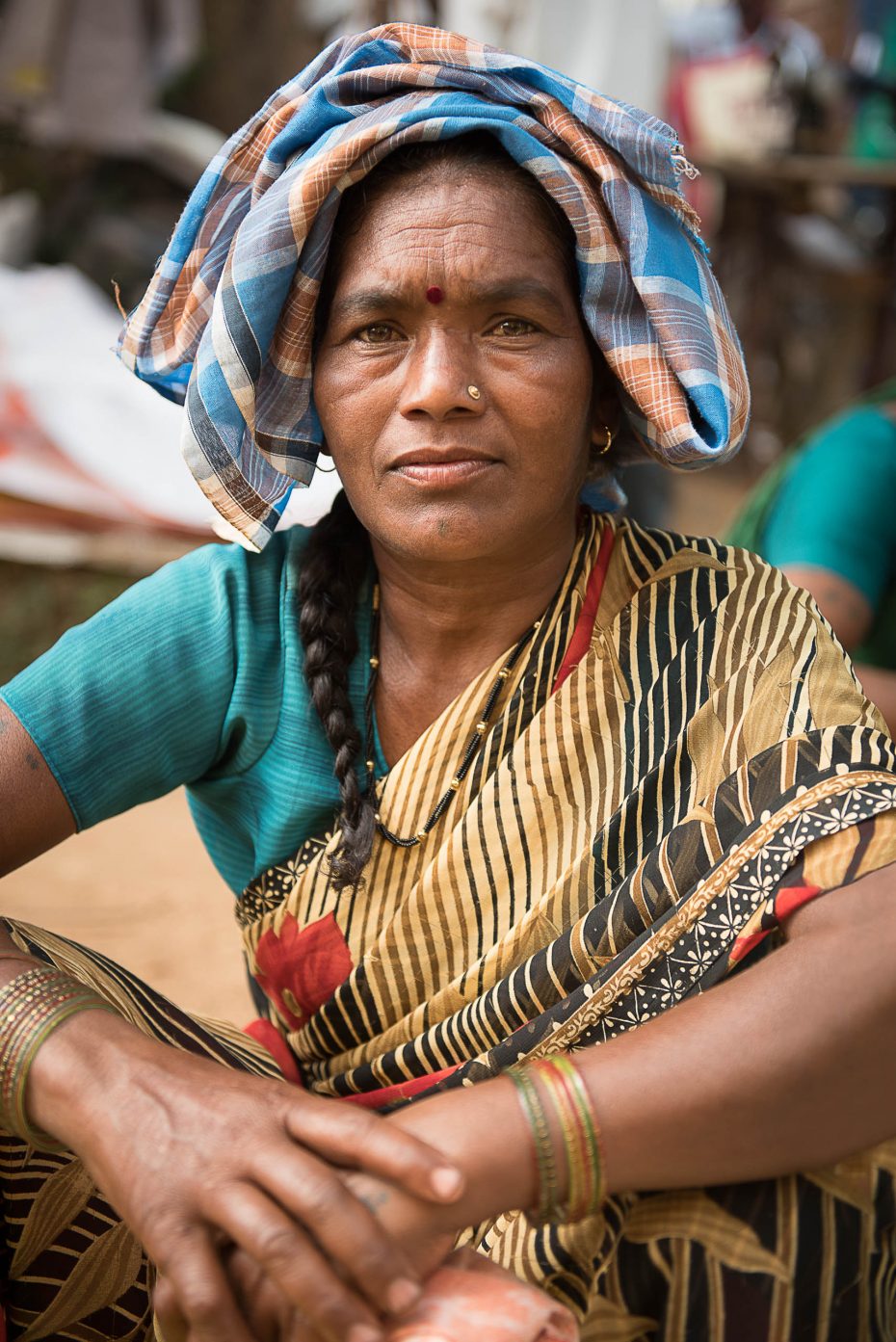 Indian lady at a local countryside market in Chhattisgarh. 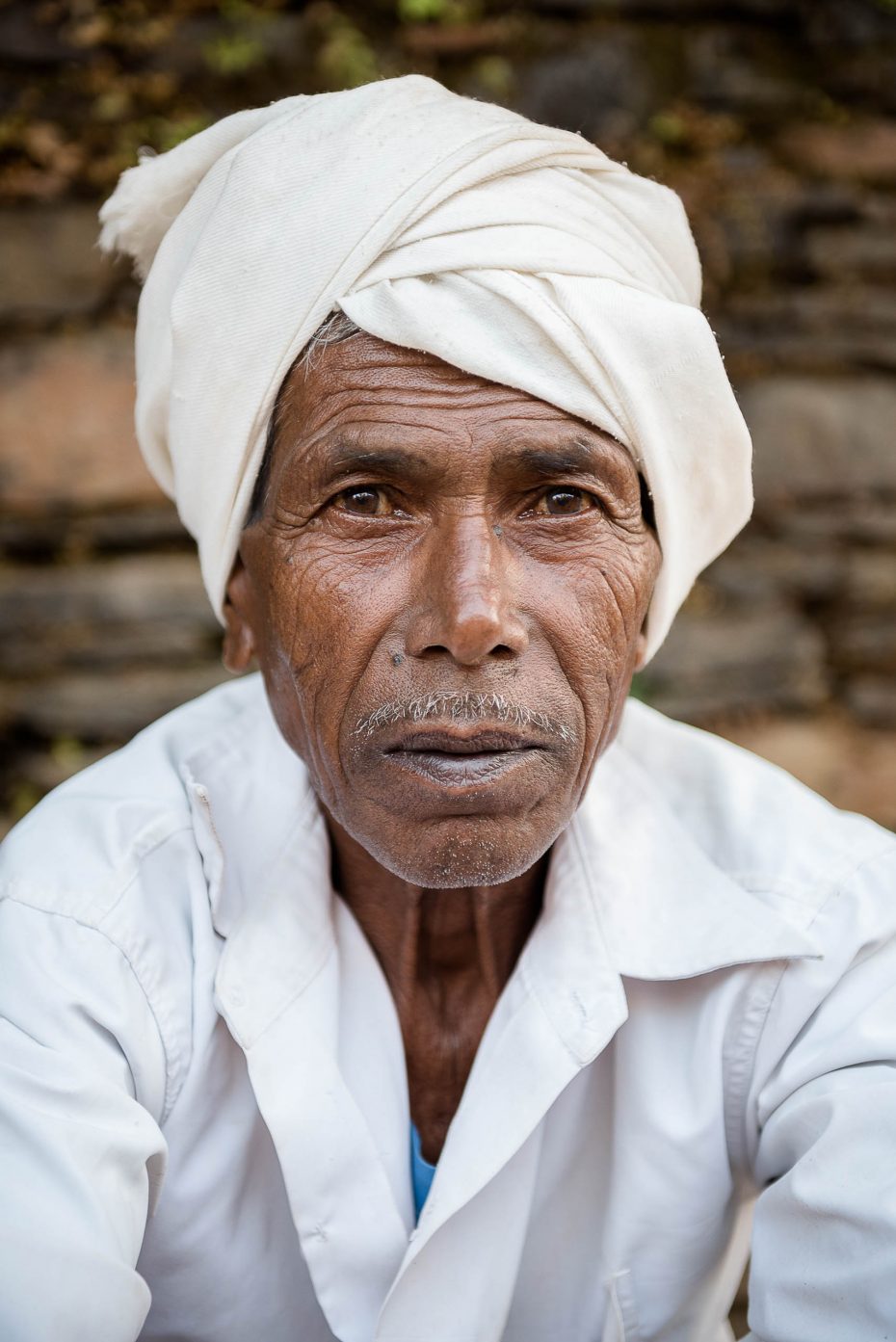 Portrait of an Indian man dressed in white clothes and turban. Chhattisgarh, India. 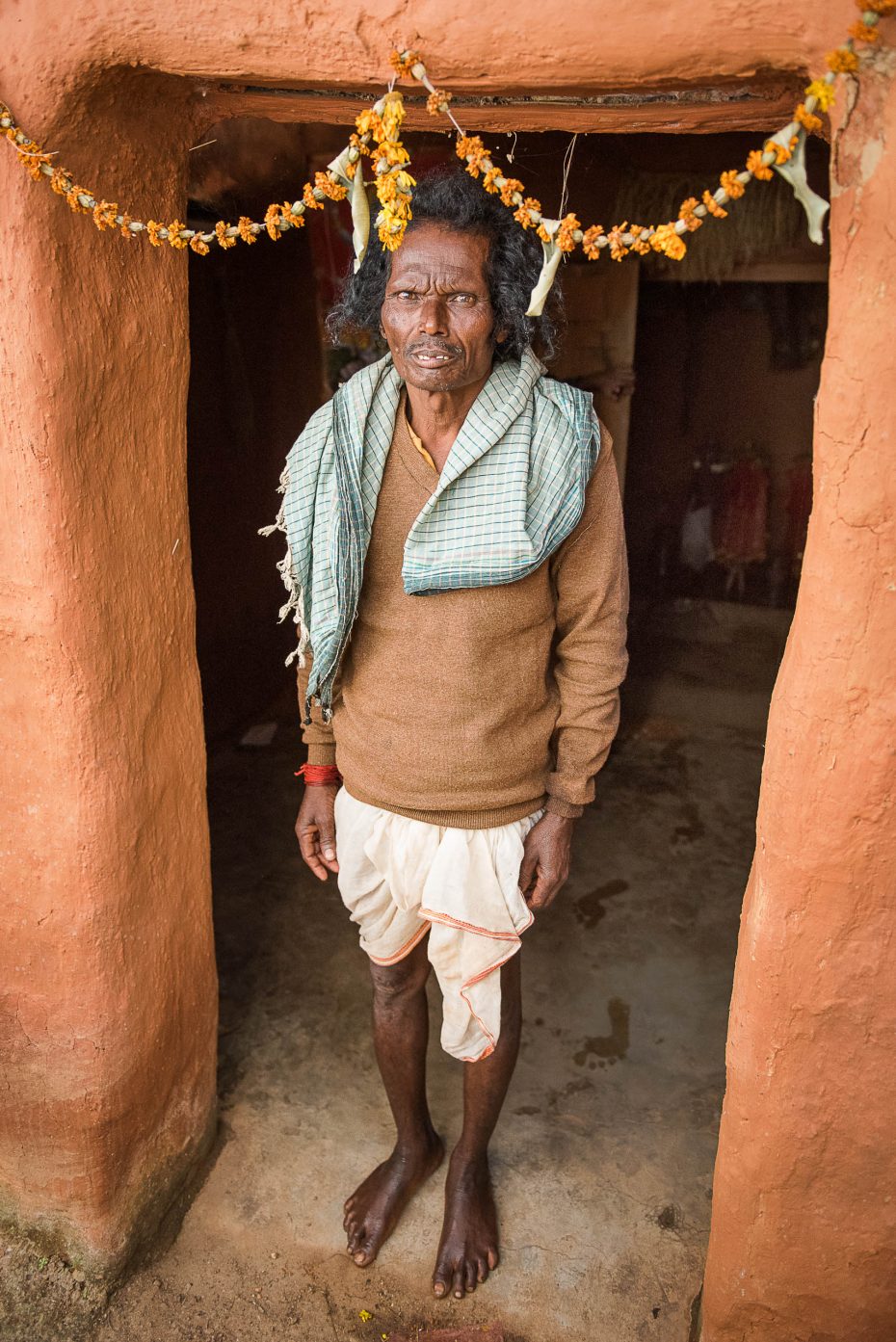 Witchdoctor Somaru stands in front of his self-build shrine which he made to honor the local village goddess. Chhattisgarh, India. 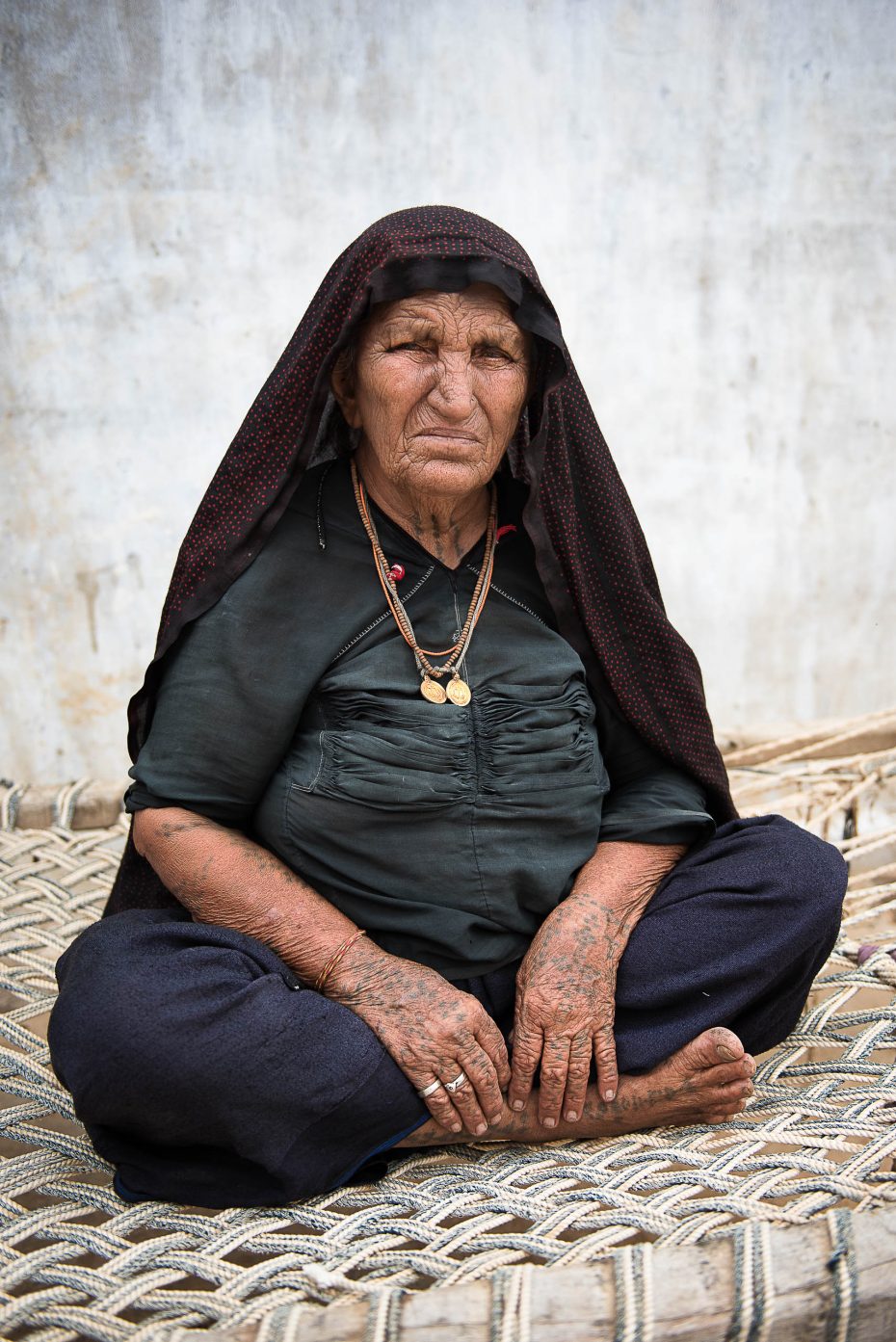 Rabari women wear a necklace with small medaillions engraved with feet to signal that they are the second wife of a widower. 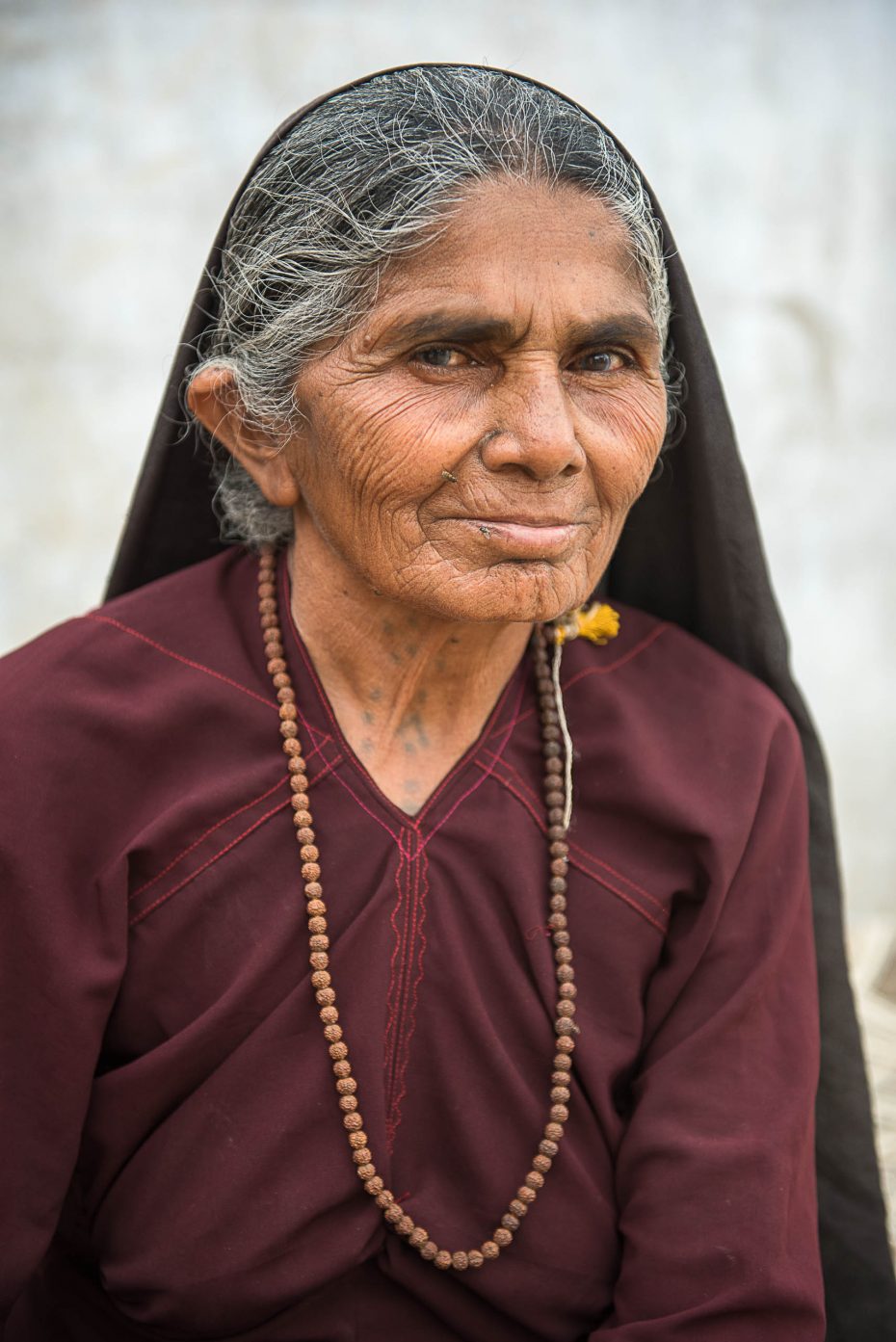 Rabari women often have many dots tattooed on their body. 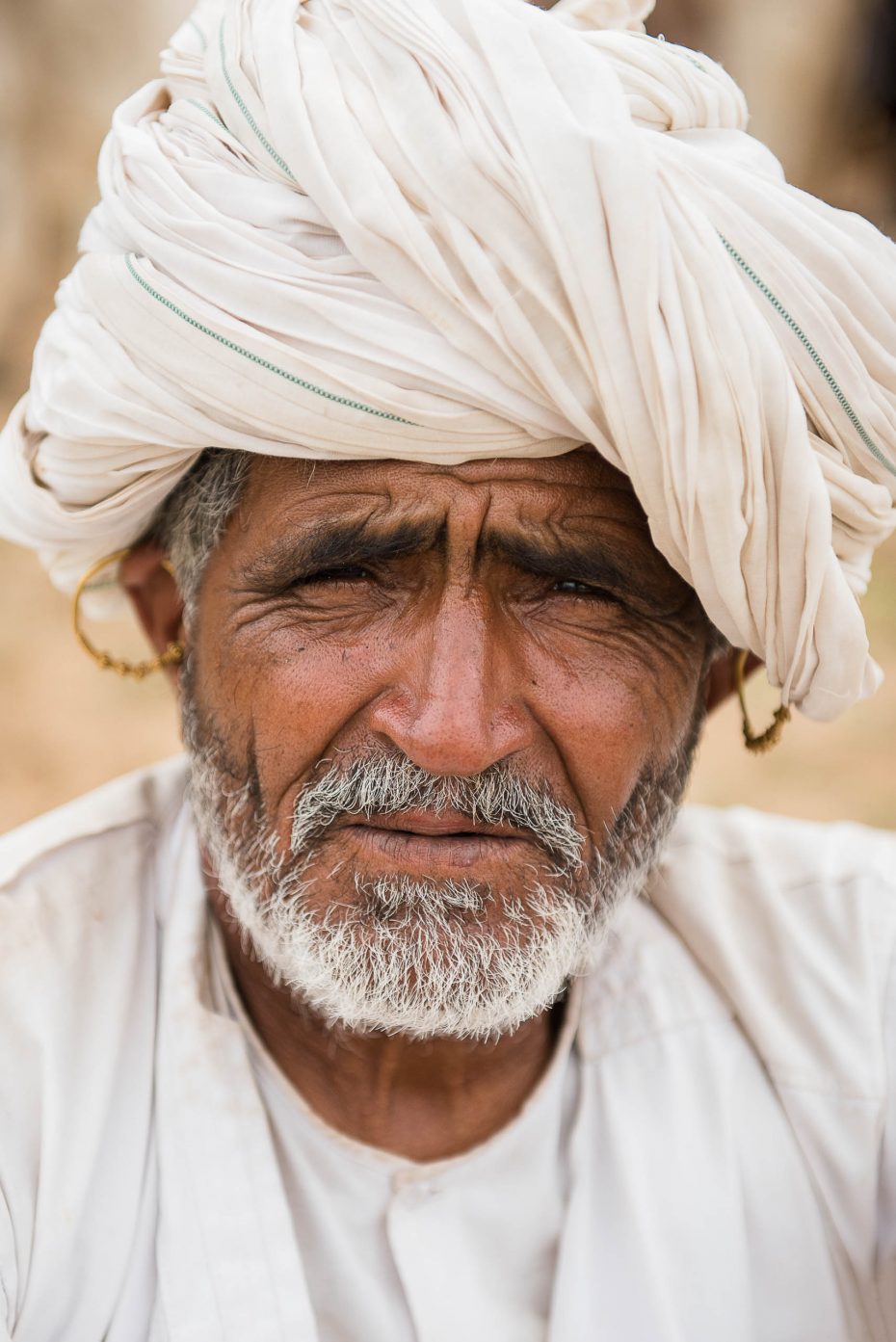 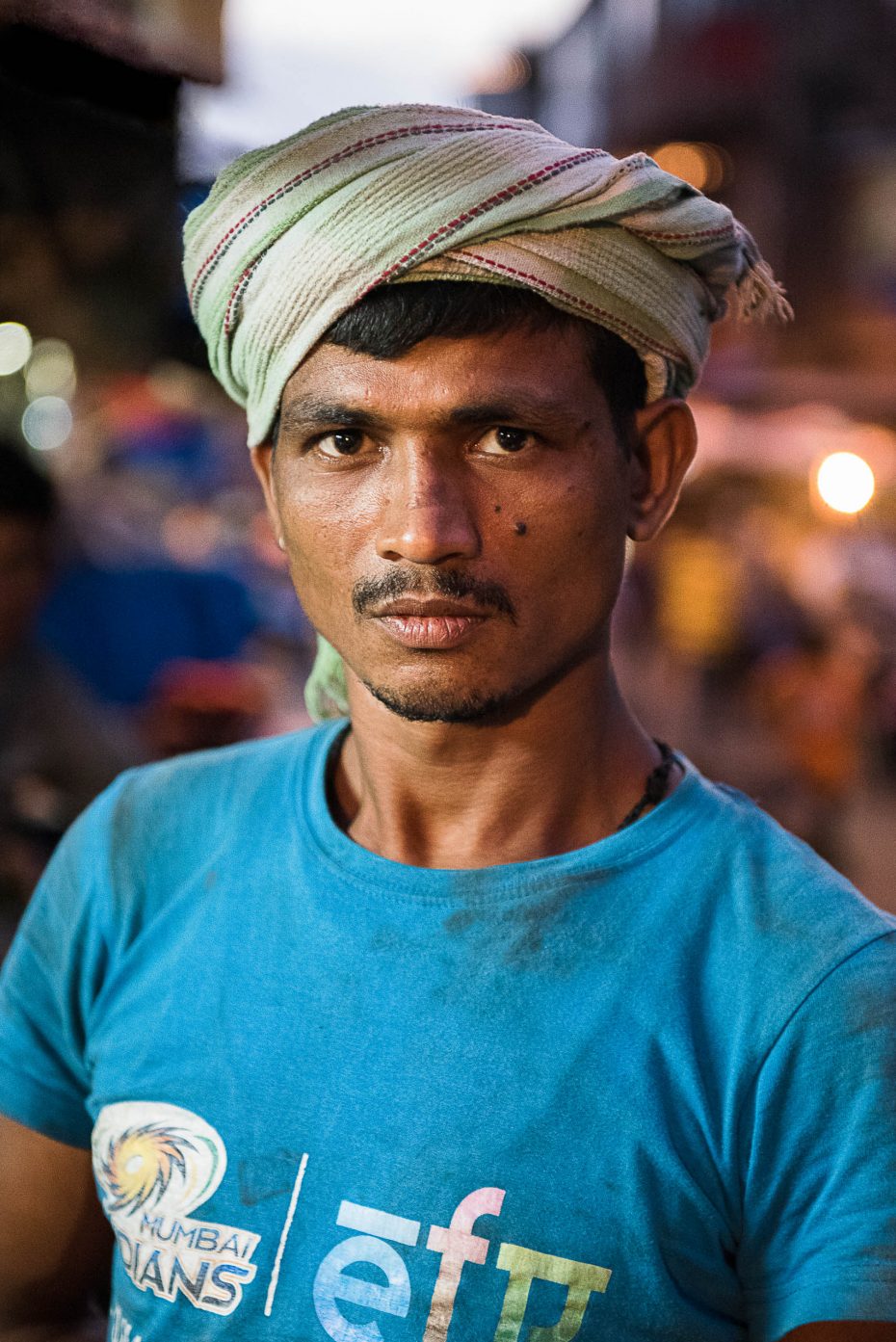 Chai wallah at Chor Bazaar in Mumbai, which is one of the biggest flea markets in India. In the past it was called Shor Bazaar, or Noisy market. British residents accidentally mispronounced it as Chor Bazaar, or Thieves' Market. After a missing violin of Queen Victoria showed up at the Bazaar, the name stuck. 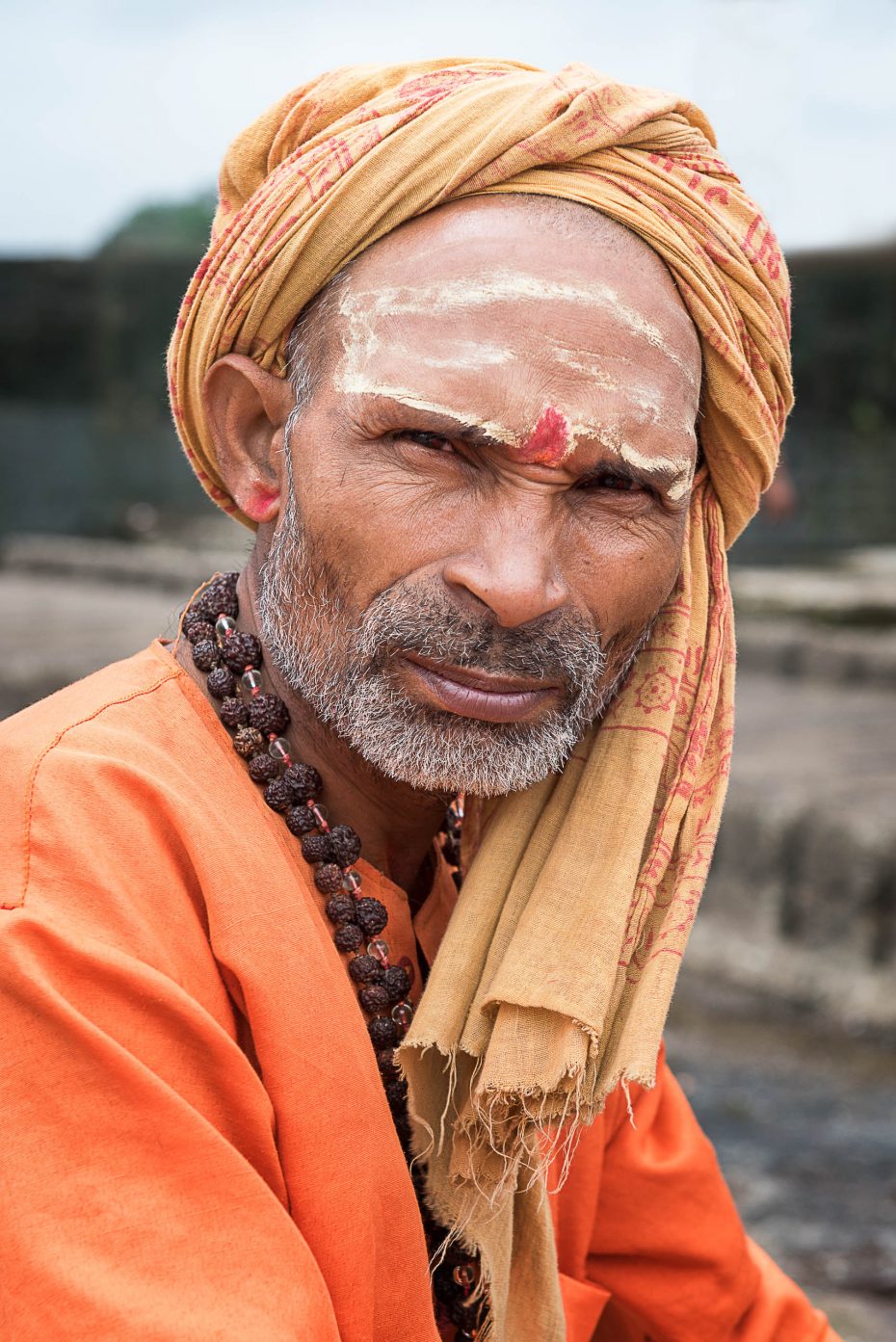 Sadhu attending the Kumbh Mela festival, one of the biggest gatherings of people in the world. 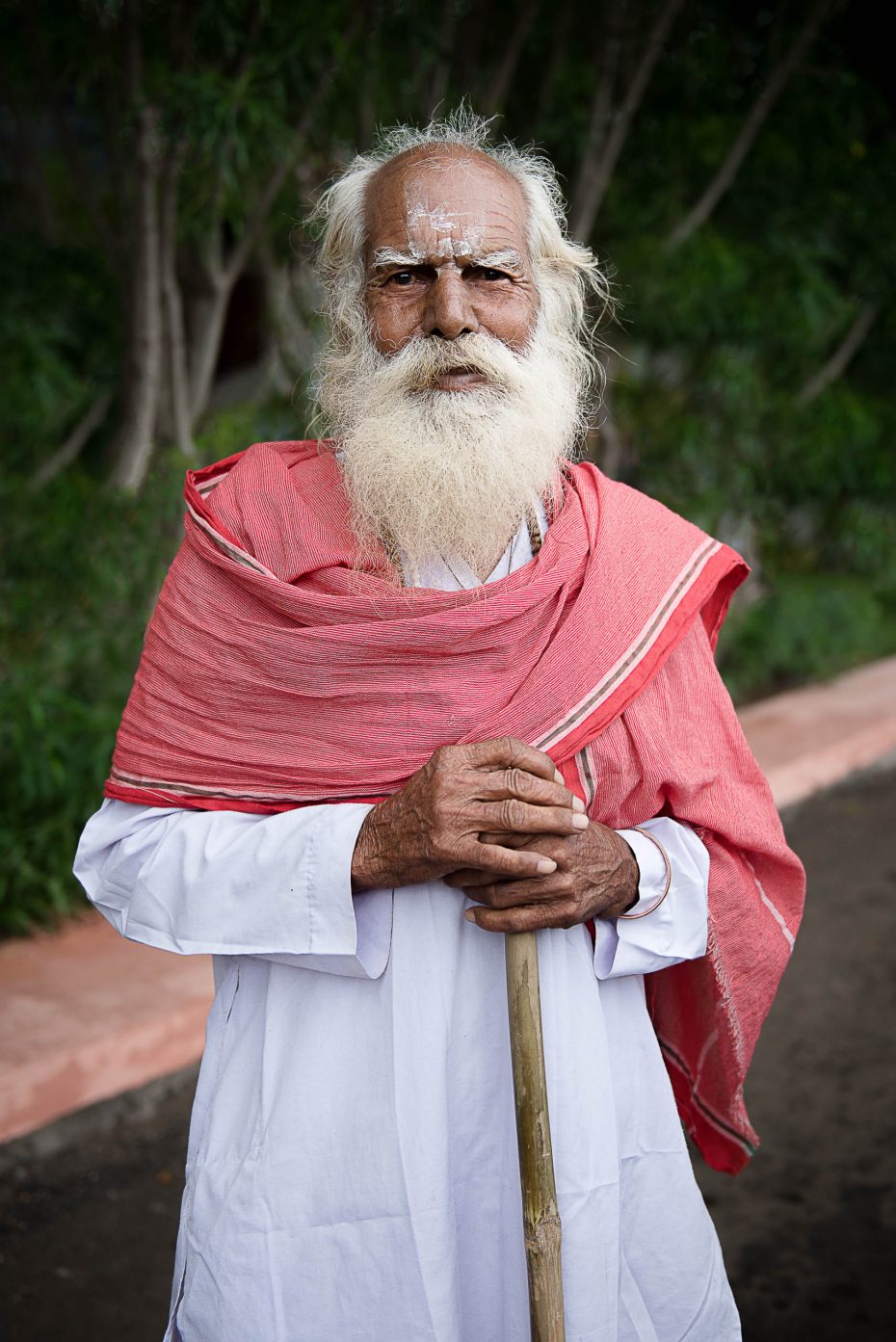 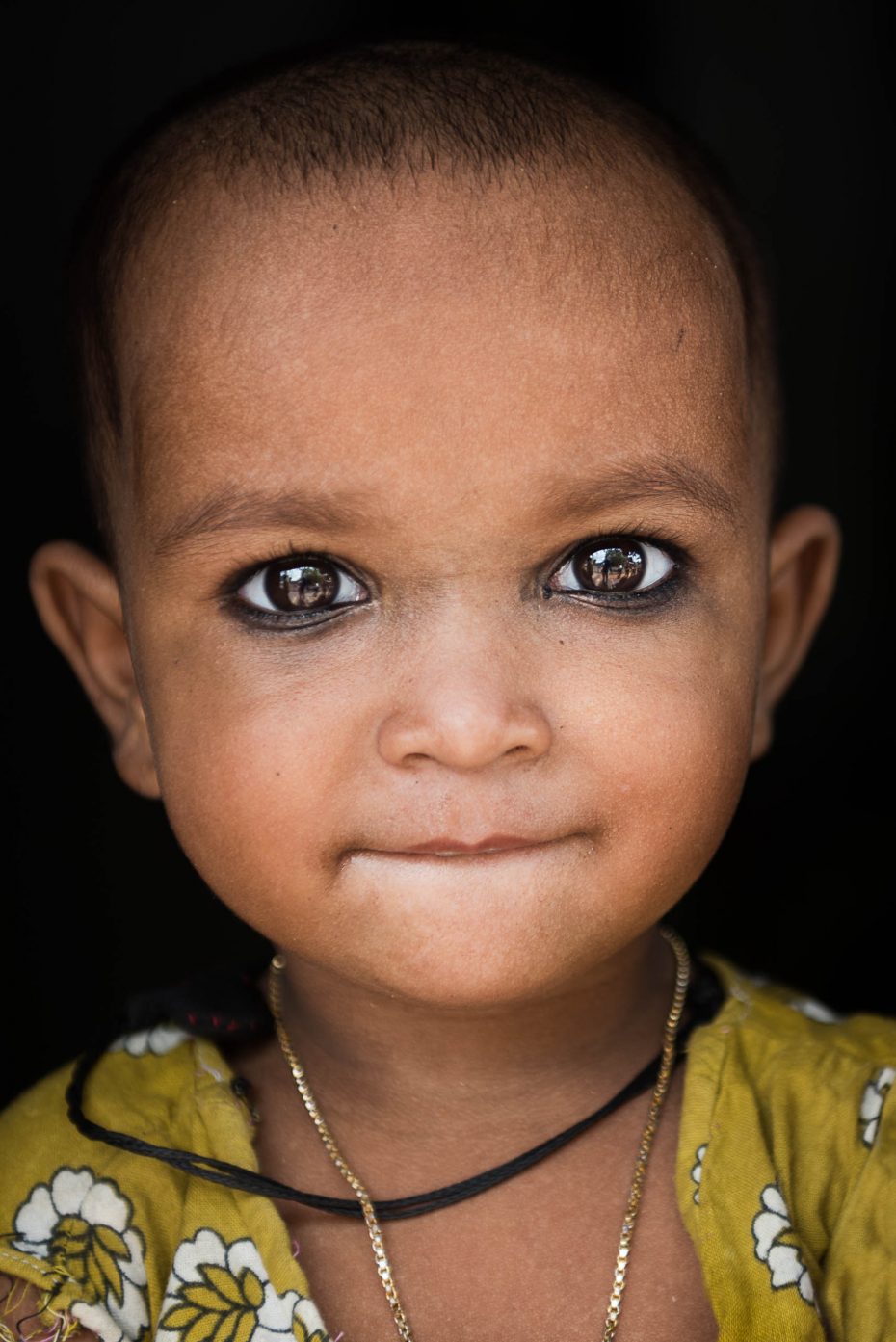 In India it is customary to apply kajal around the eyes of children and even babies. It makes the eyes look bigger, and parents think it improves eye sight and protects against diseases. Kajal is often made of the soot of the flame of an oil lamp.
Buy this print 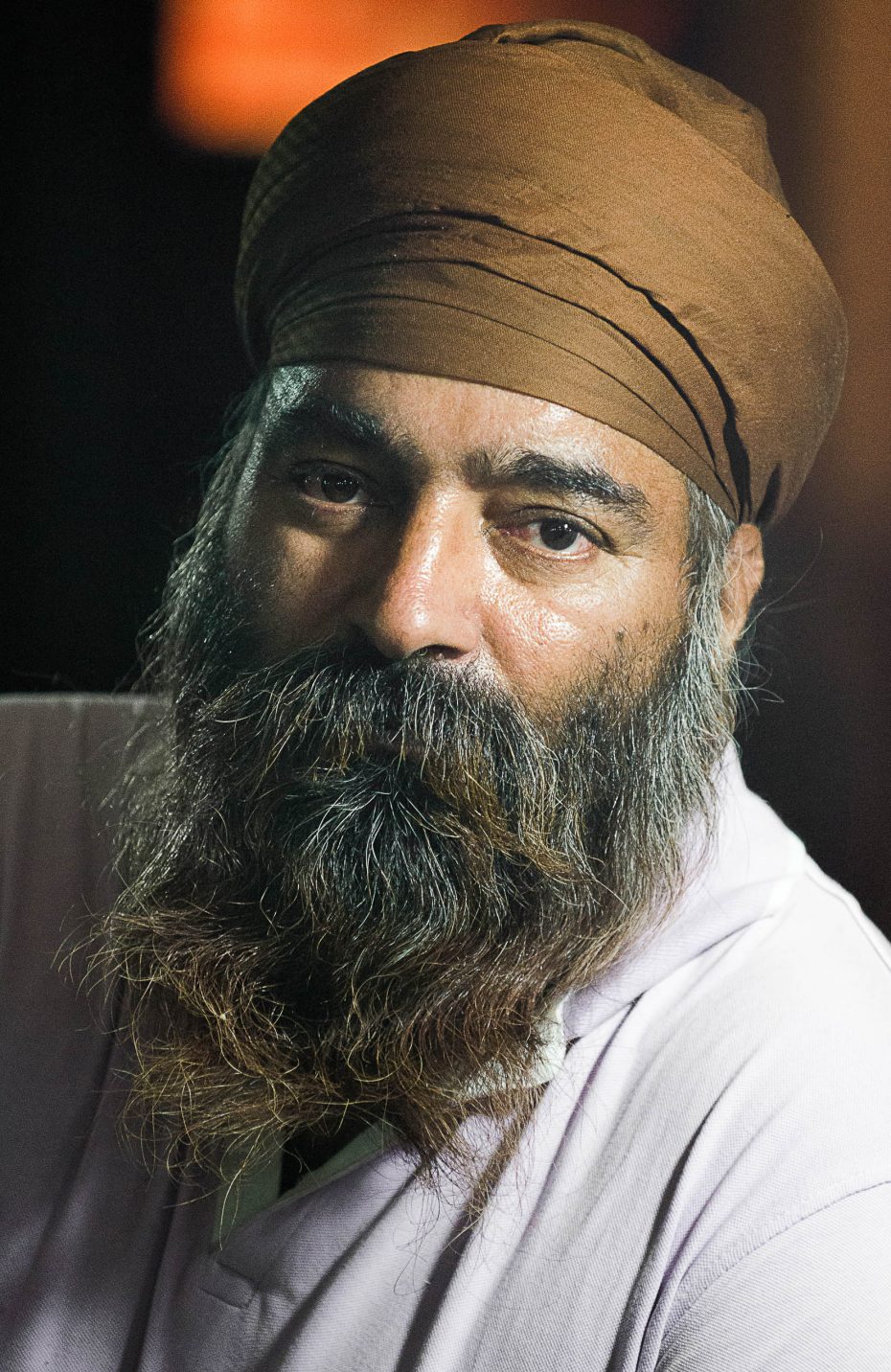 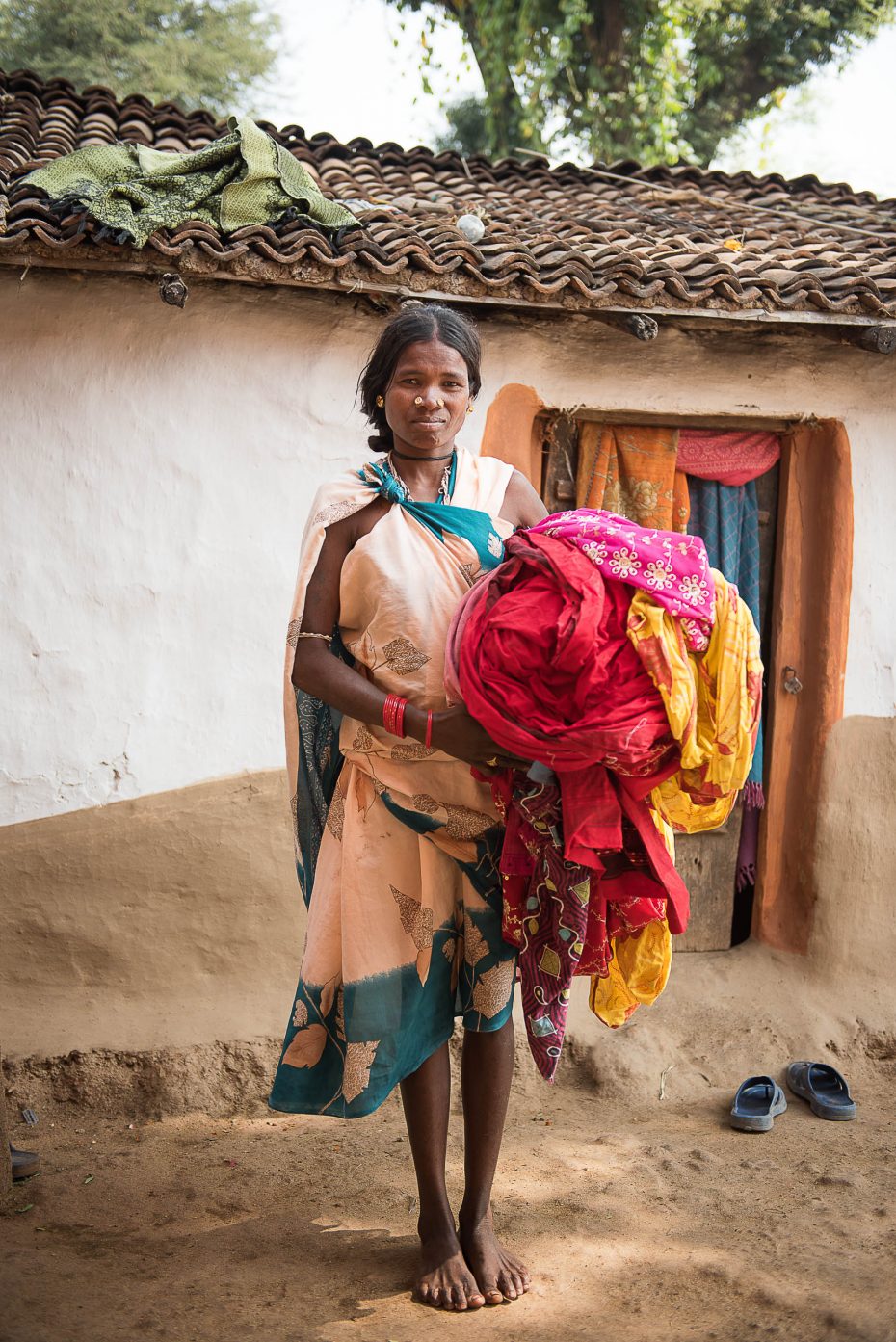 Woman in rural Chhattisgarh on her way to do the laundry, consisting of several colorful sari.
Buy this print 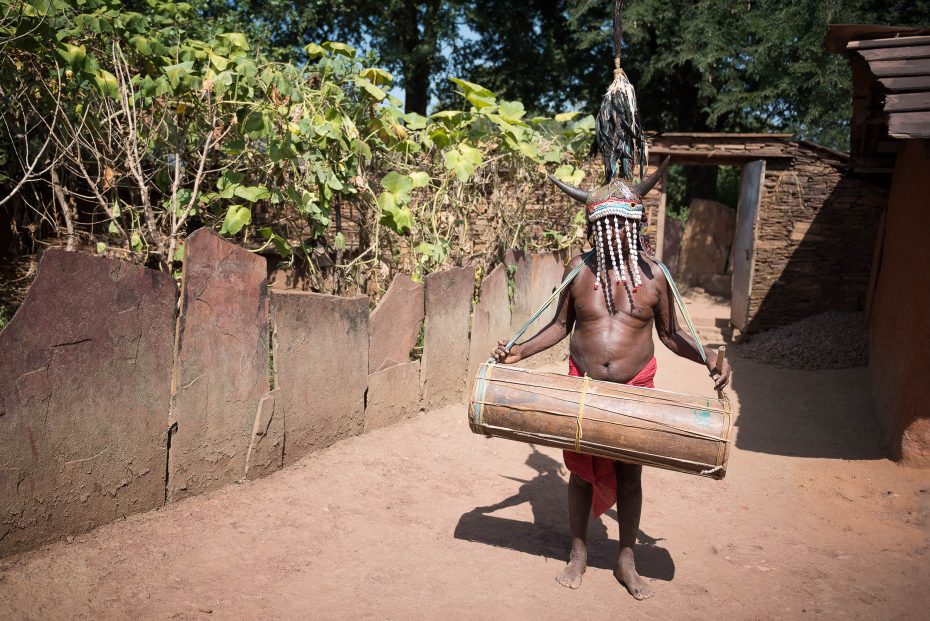 Elderly man from the Bison Horn Maria tribe. The name of their tribe is obviously derived from their impressive headdresses. It is considered a valuable ornament and is passed from father to son. 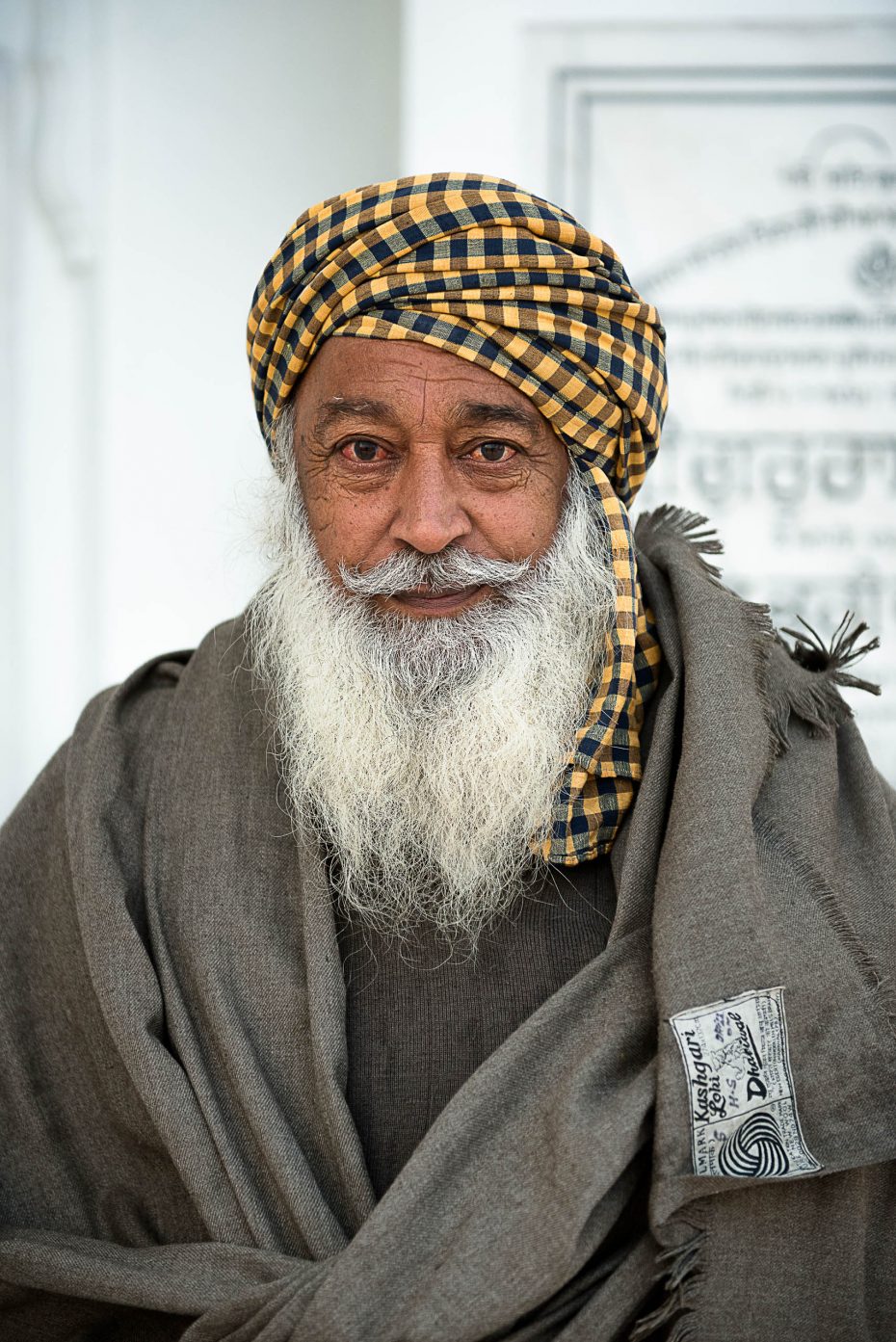 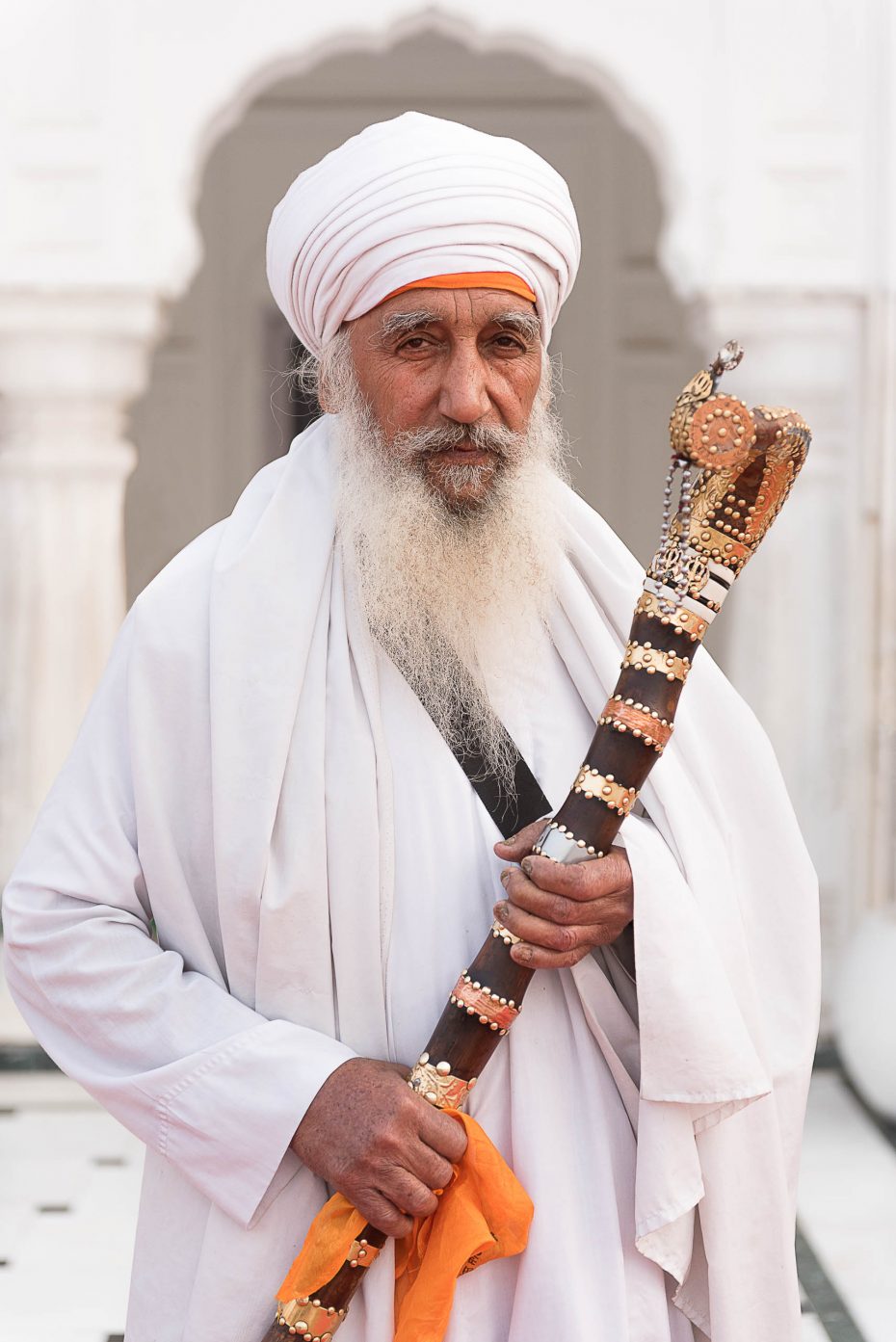 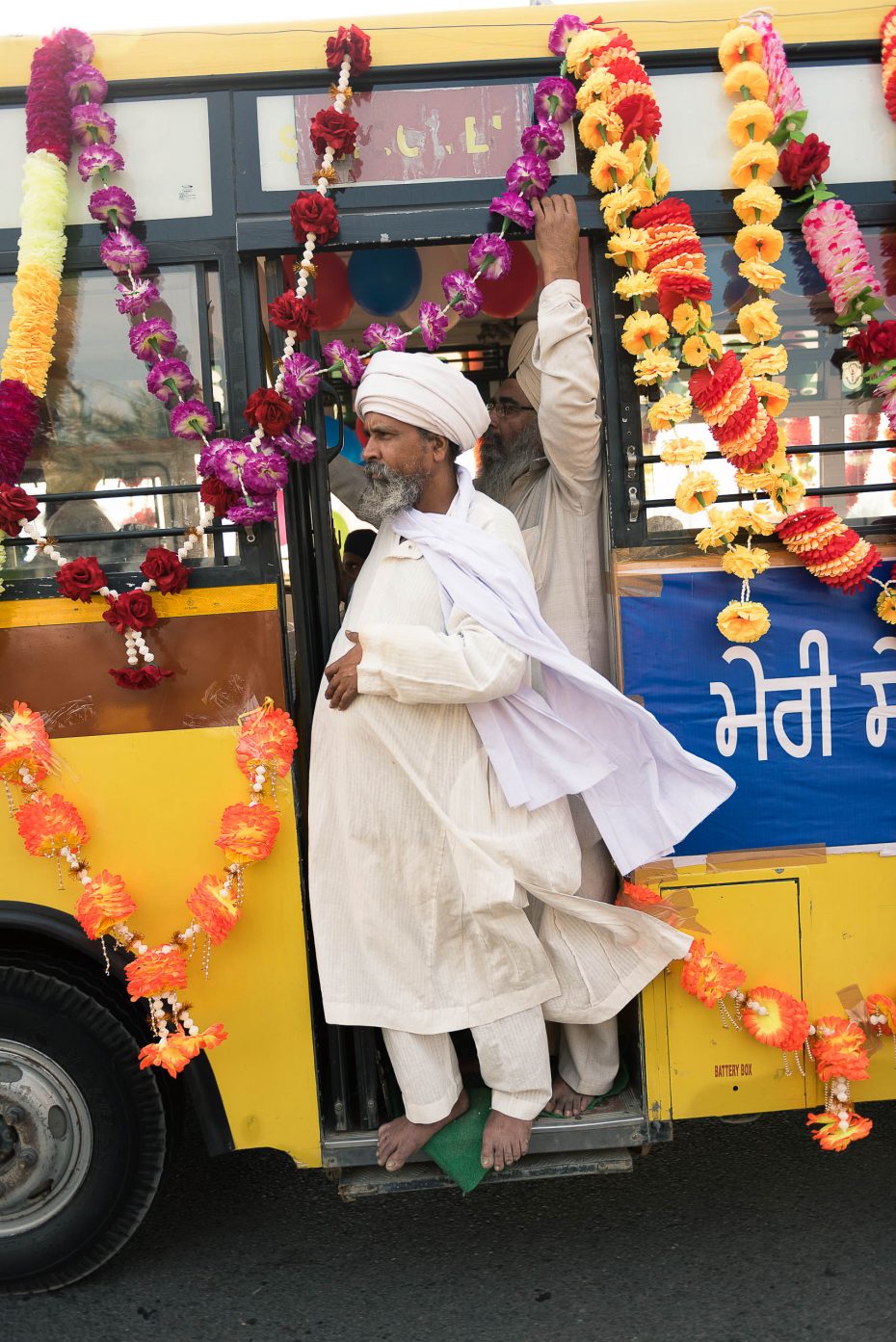 During Guru Nanak Gurpurab, Sikh celebrate the birthday of the first Sikh Guru. These Sikh men are participating in a procession that moves the Sikh holy book around town, so people can pay homage to it before it heads back to the temple.