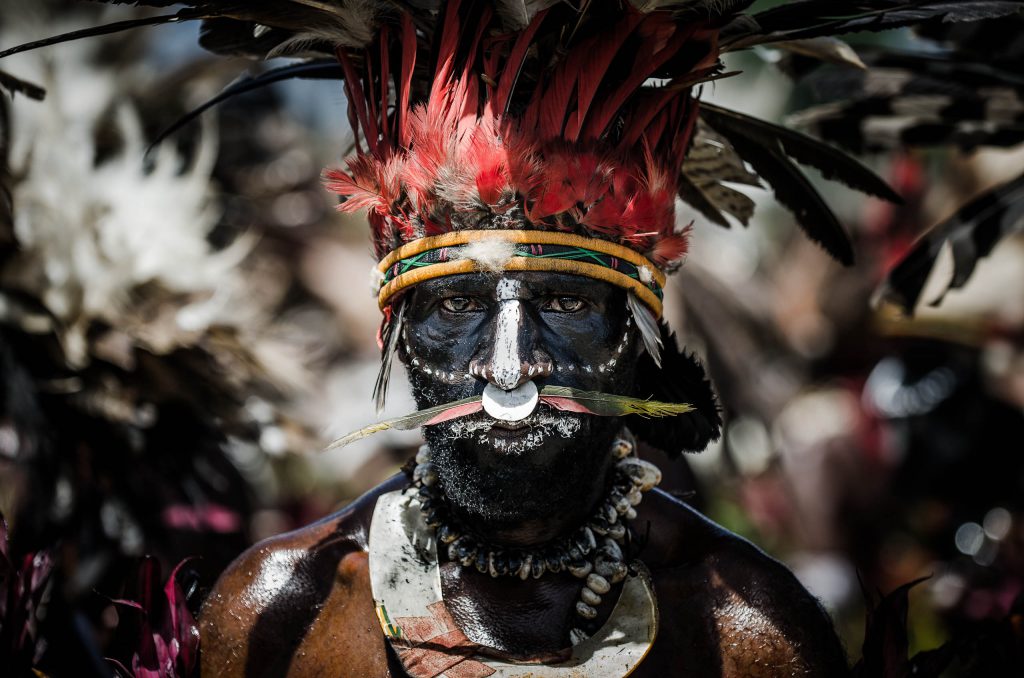 A warrior showing off his most beautiful feathers and jewelry in Goroka, Papua New Guinea.
Buy this print 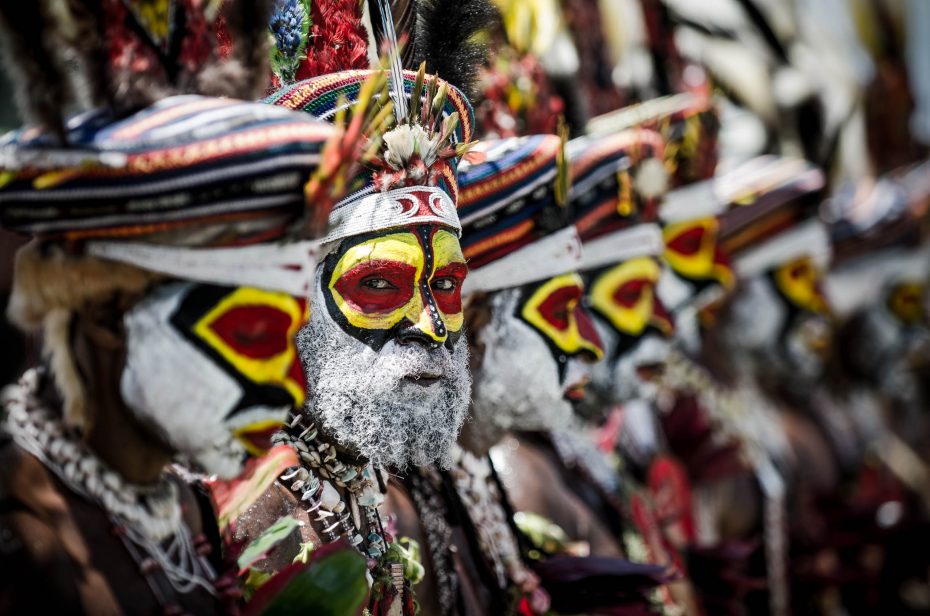 These men are performing in a sing sing in Goroka, where they dance and sing to show their tribe's culture.
Buy this print 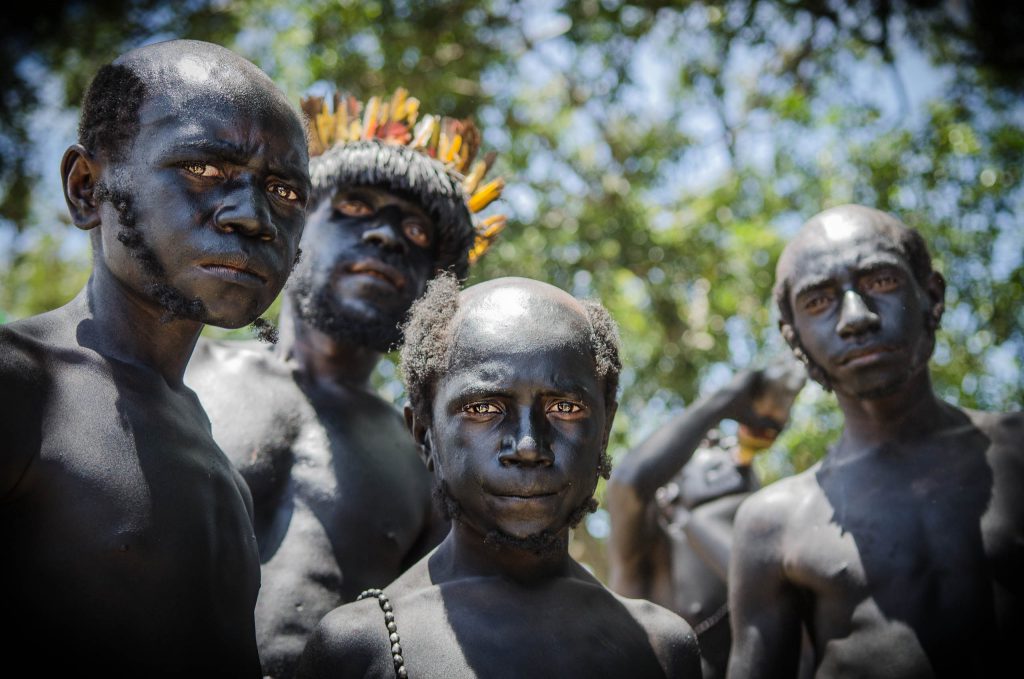 These boys are from a Bena Bena community in a small village called Napamogona, located in the Eastern Highlands Province in Papua New Guinea. They shave a big part of their heads and glue the hair to their chin to make beards. It makes them look like miniature adults. 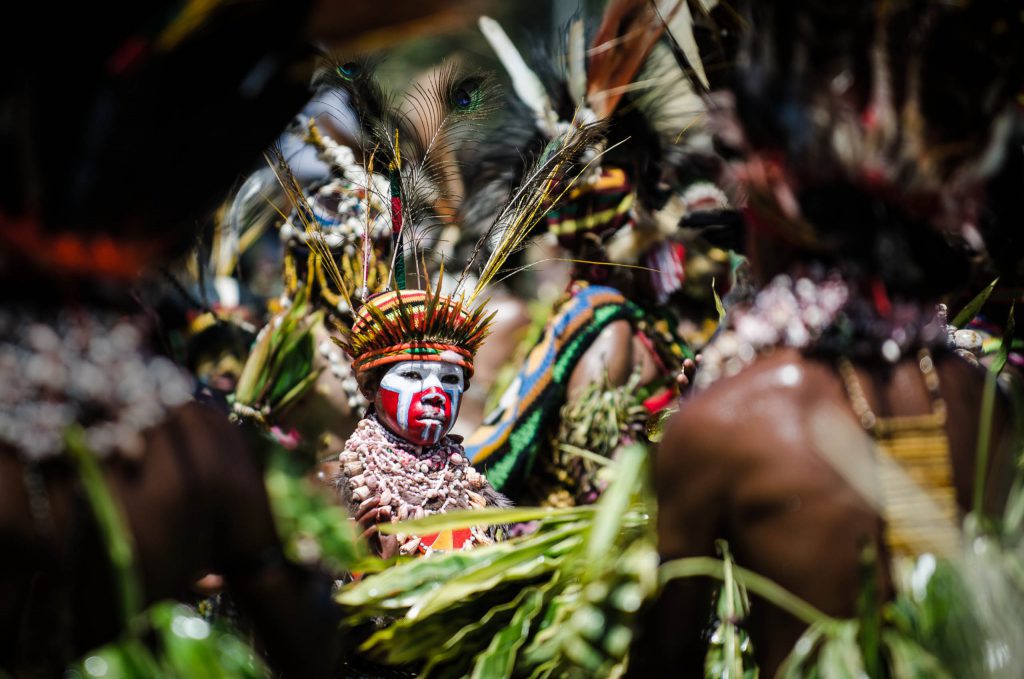 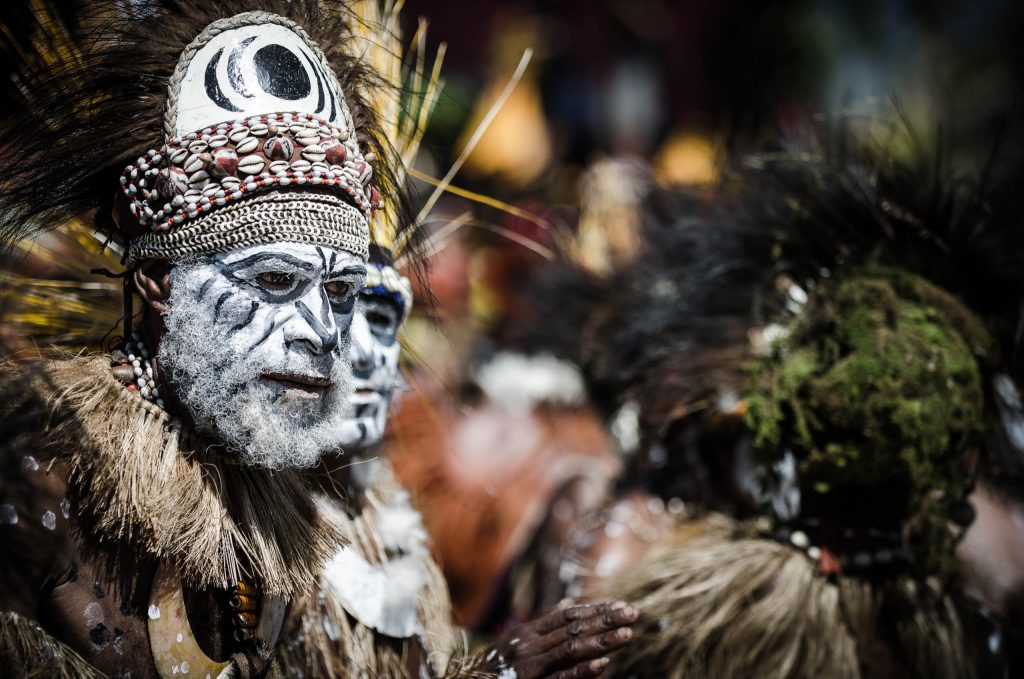 Papua New Guinea is covered in dense rain forest and mountains. Most tribes and villages had minimal contact because of the landscape. As a result, over 850 different languages are spoken in Papua New Guinea. 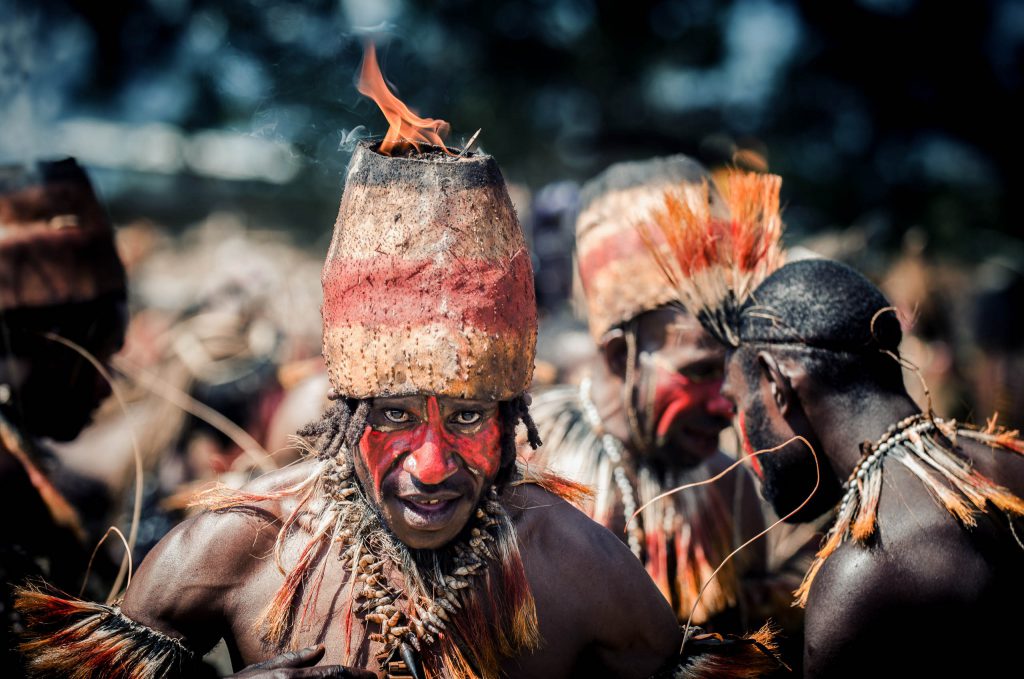 As if the weather is not hot enough in Papua New Guinea, this warrior is wearing a DIY vulcano as a hat. 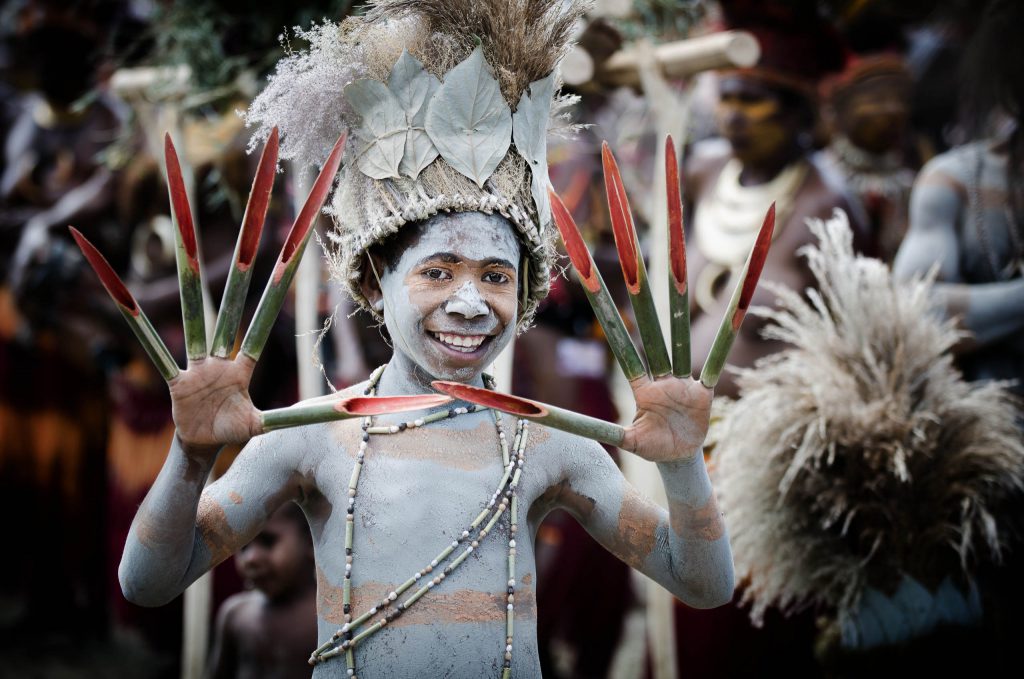 In a tribe war, the Asaro tribe was driven into the Asaro river. They waited until dusk before escaping. The enemy tribe saw them coming out of the river, covered in mud. This made them believe they were spirits. The Asaro Mudmen still cover themselves in mud to intimidate their enemies. 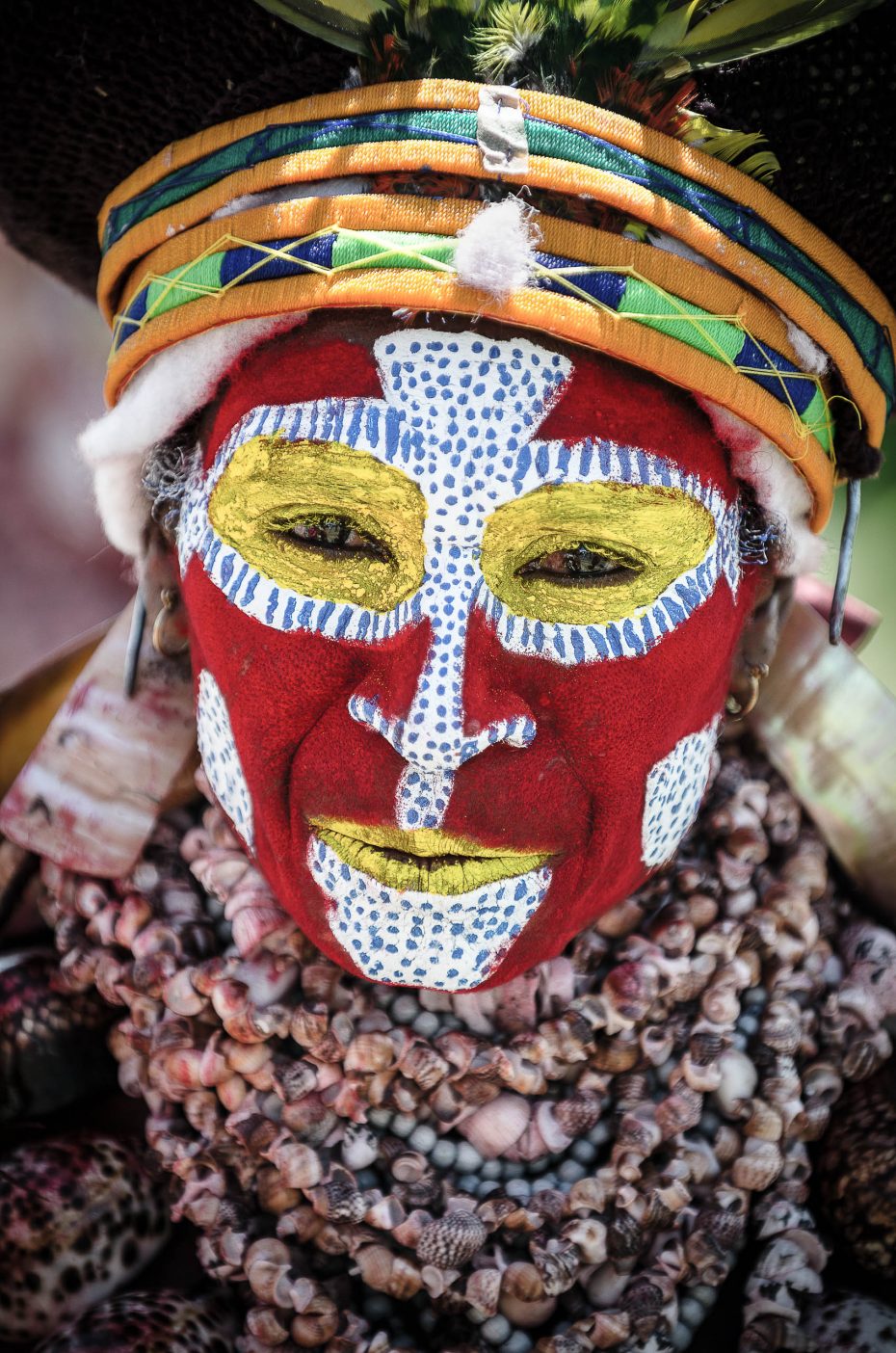 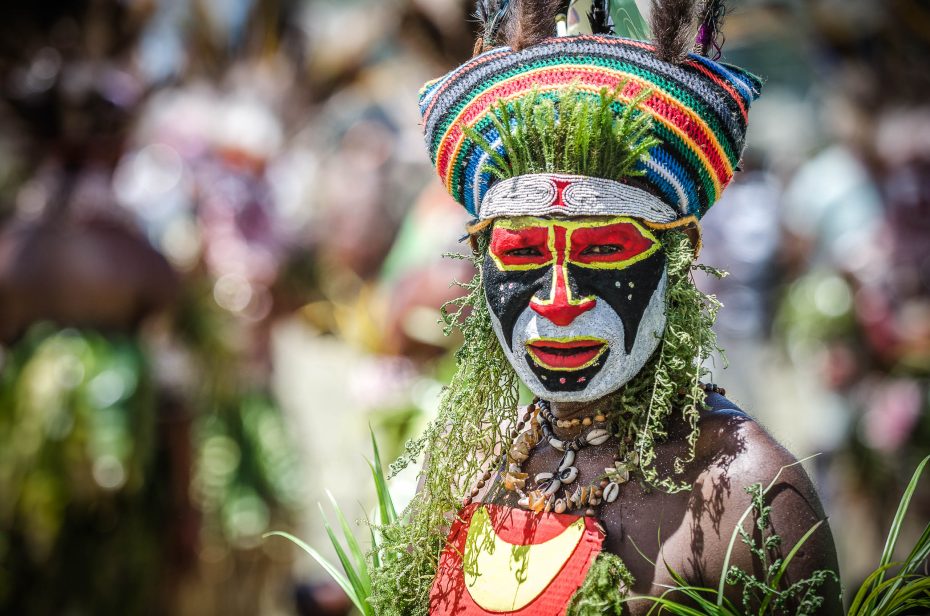 Many Papuan tribes use leaves and branches for decoration in their traditional clothes. 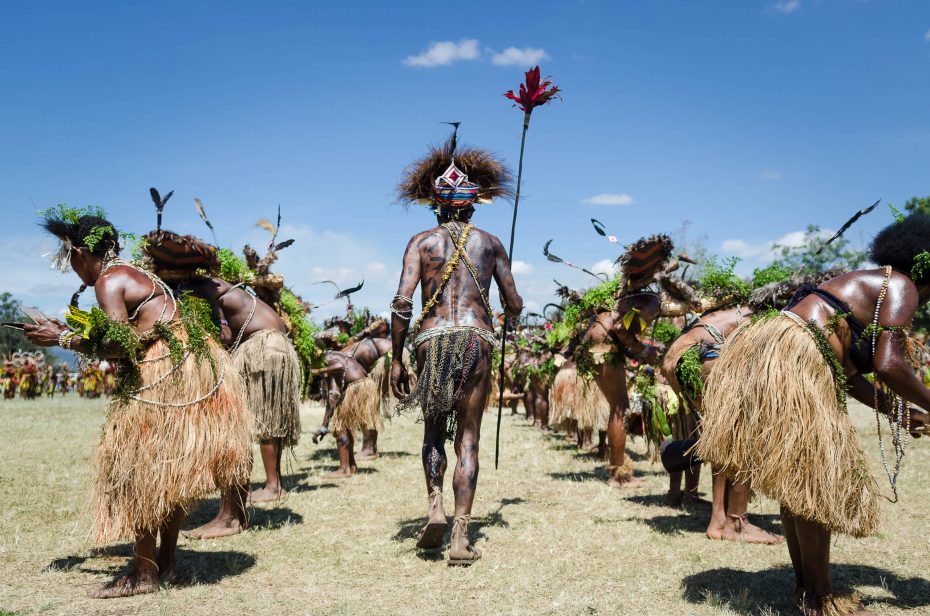 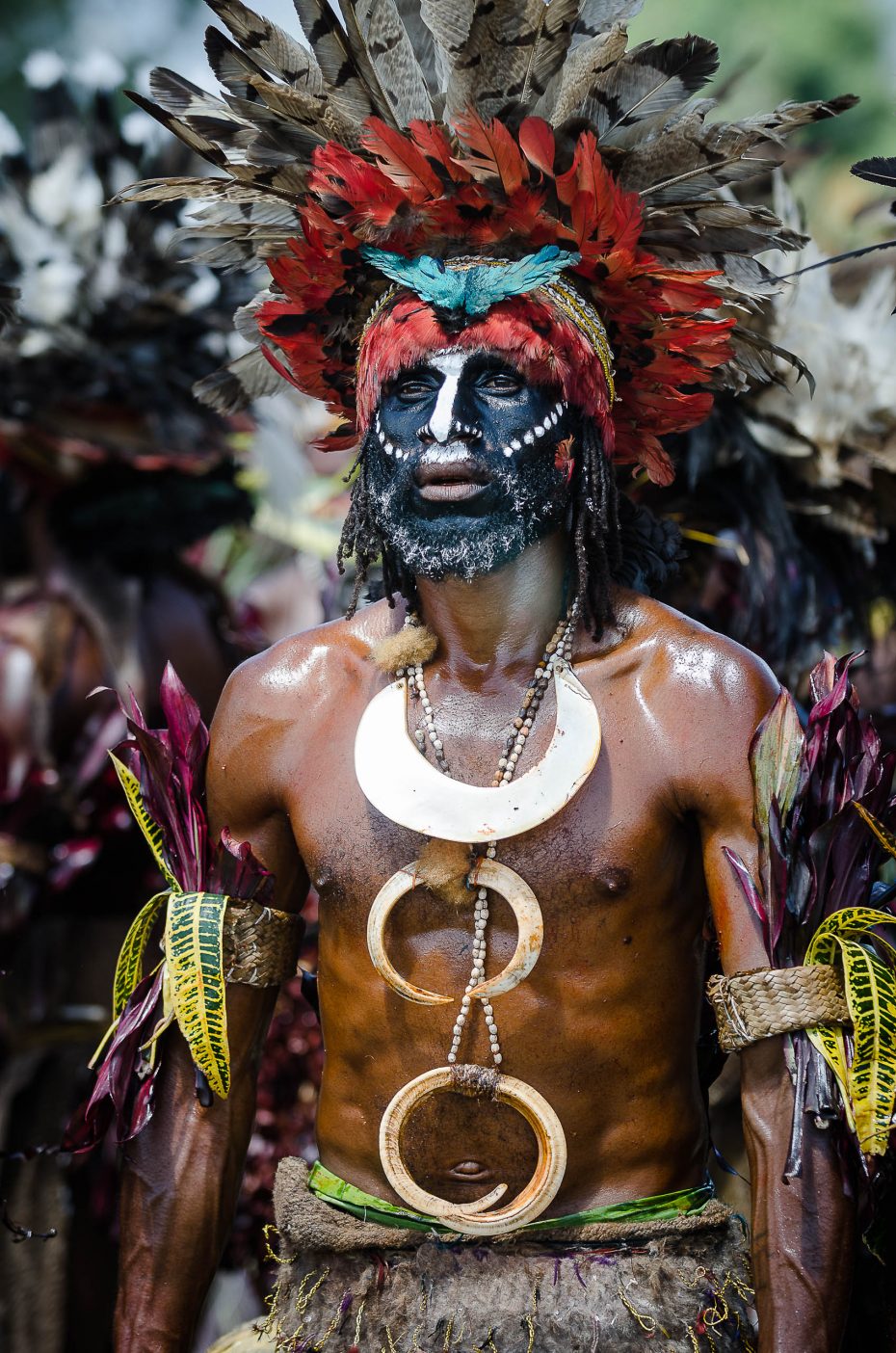 Feathers are one of the most precious possessions in tribal Papua New Guinea.
Buy this print 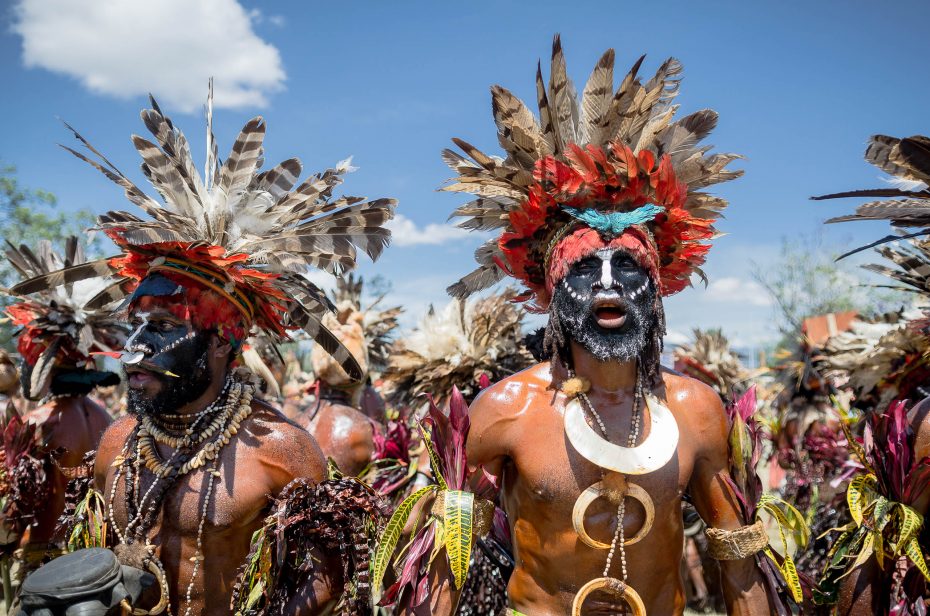 Once a year tribes from different regions in Papua New Guinea gather in the town of Goroka to show their local culture. 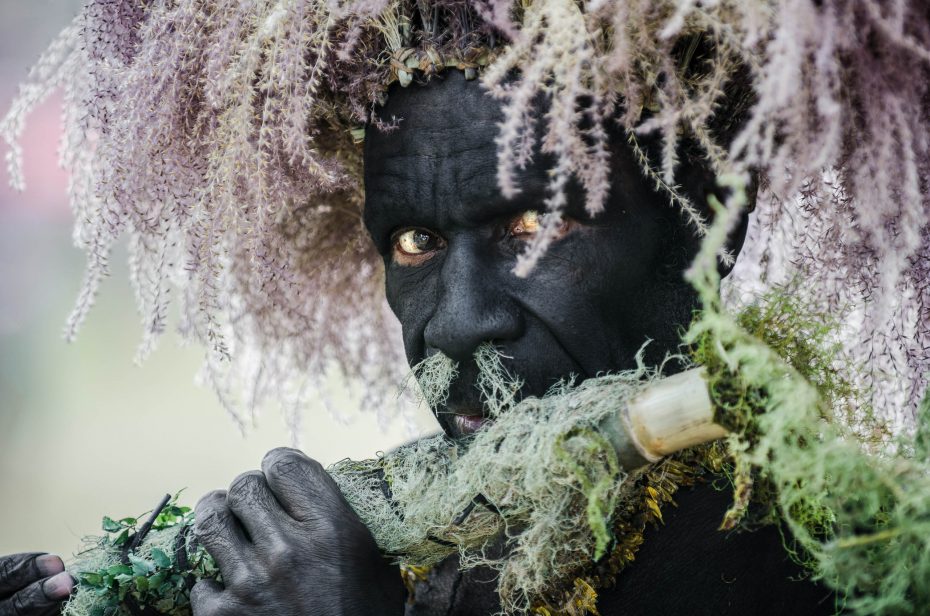 A tribesman from the Asaro region covered in moss and charcoal, playing a bamboo flute during the Goroka Show. Goroka, Eastern Highlands Province, Papua New Guinea. 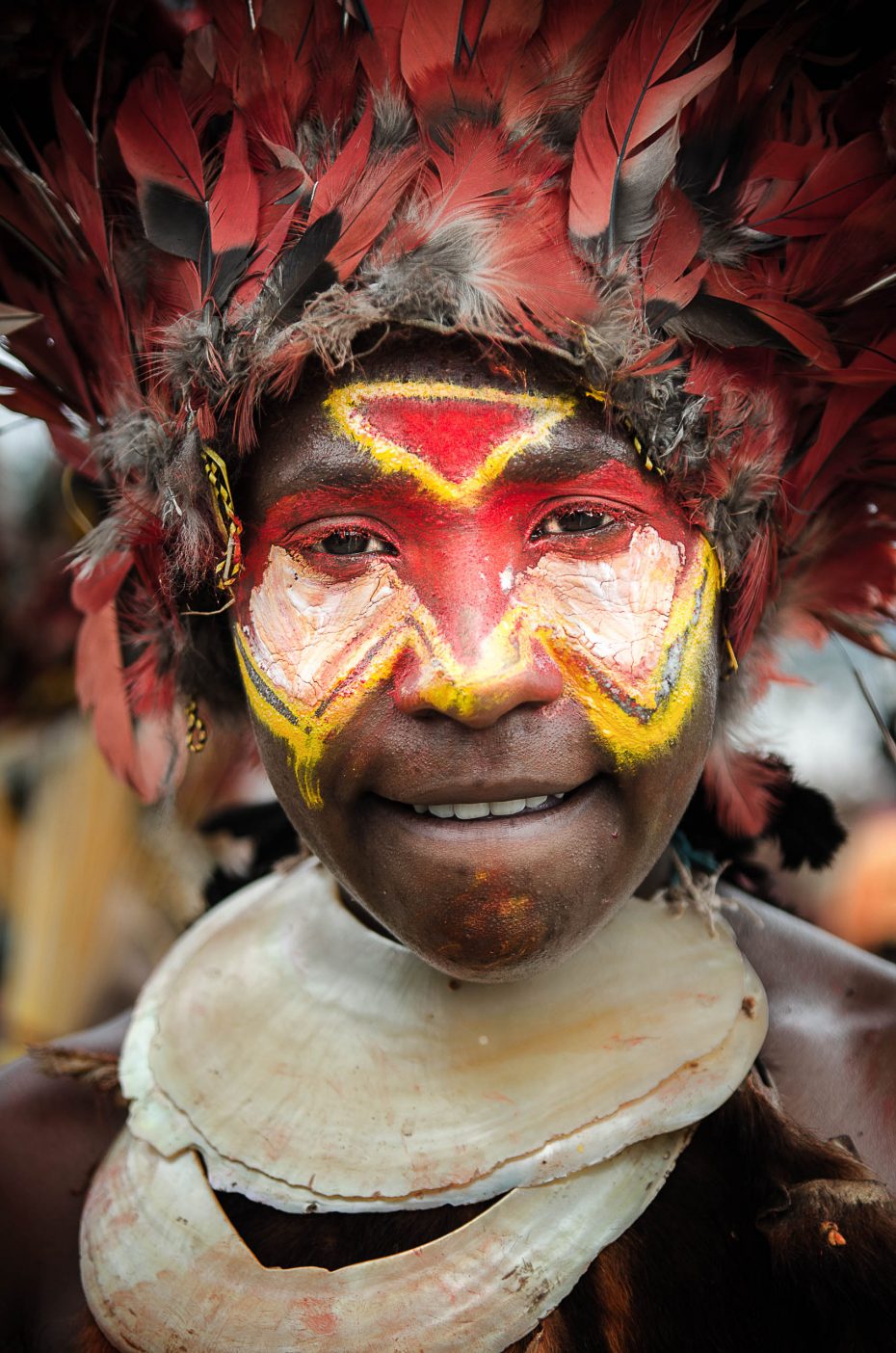 Kina is the currency in Papua New Guinea, meaning shell. Until 1933, actual shells were used as money. Even now, some islands still recognize shells as legal currency. And it makes for great necklaces, too! 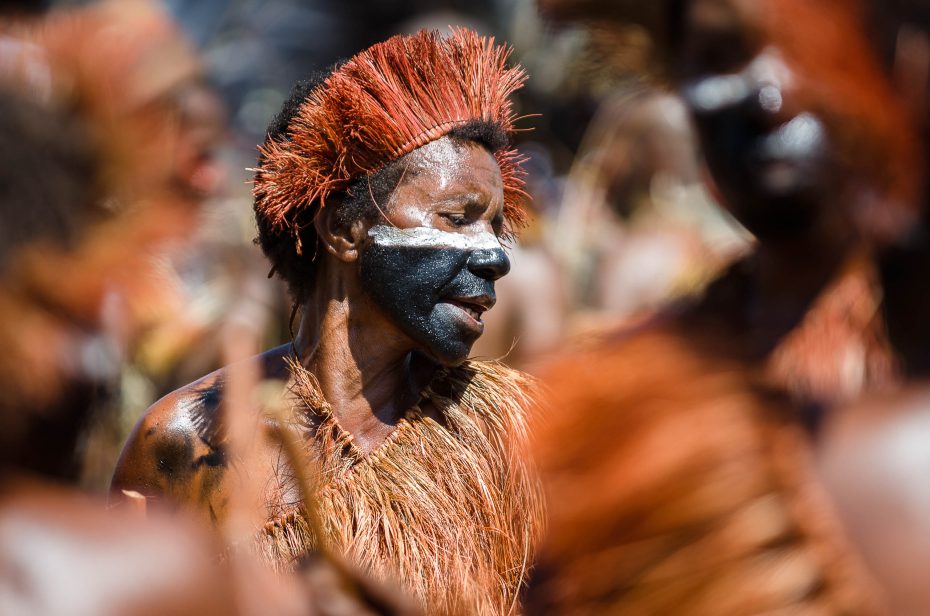 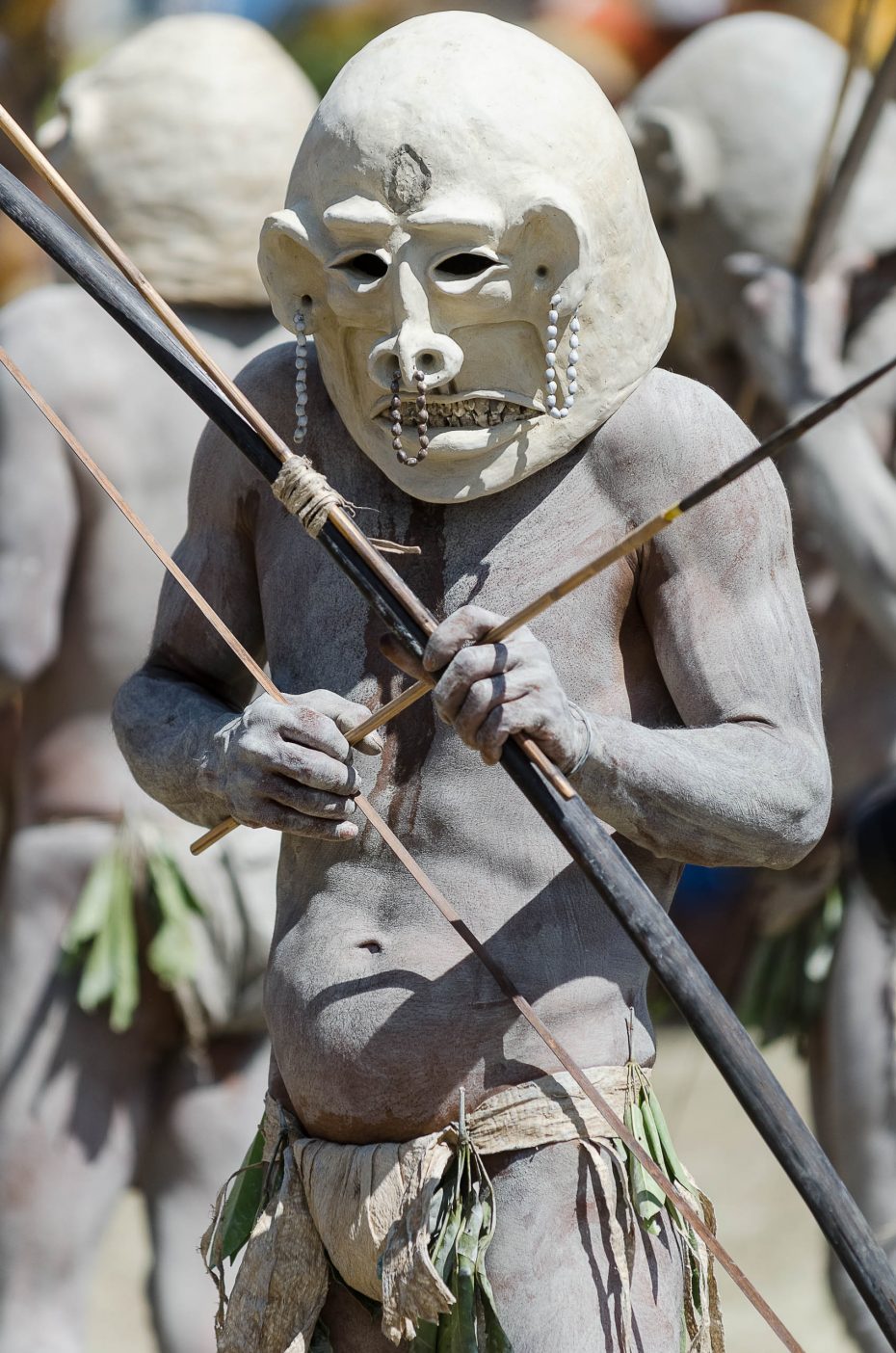 When the Asaro tribe was chased out of their village by a neighbouring tribe, they hid in a nearby river. When they got back to shore at dawn, they where covered in mud. This scared their enemies, who thought they were the ghosts of the Asaro. Since that day, they where mud as their hunting outfit. 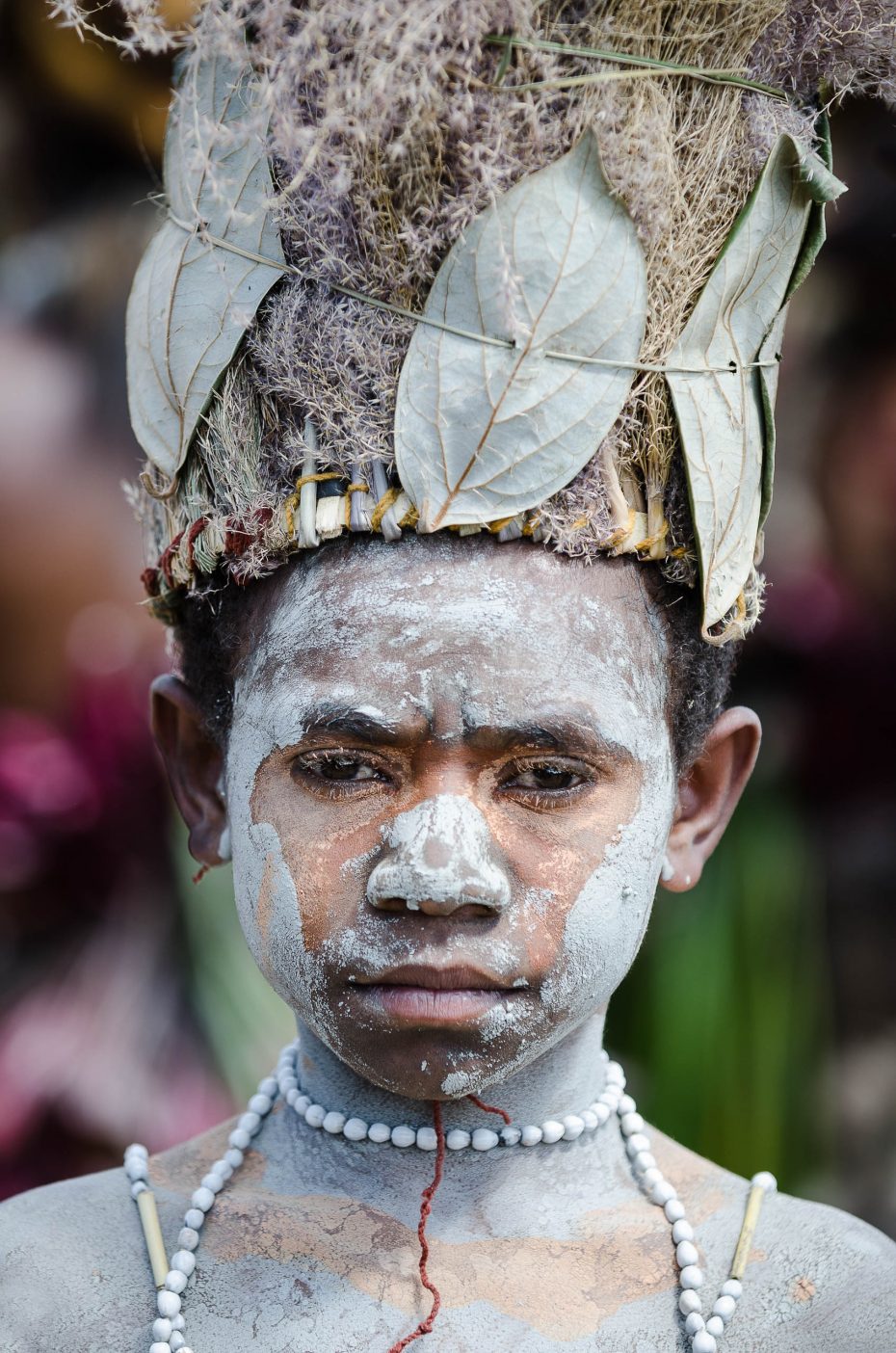 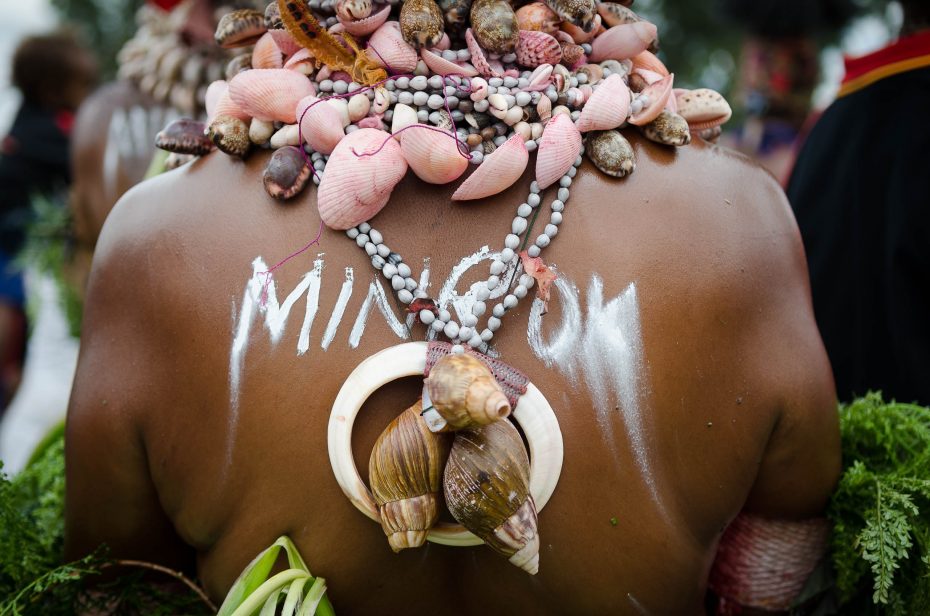 In 1933 shell money was abolished in Papua New Guinea. It is still used in local customs such as paying bride money. The currency used today is named after the Papua word for shell: Kina.
Buy this print 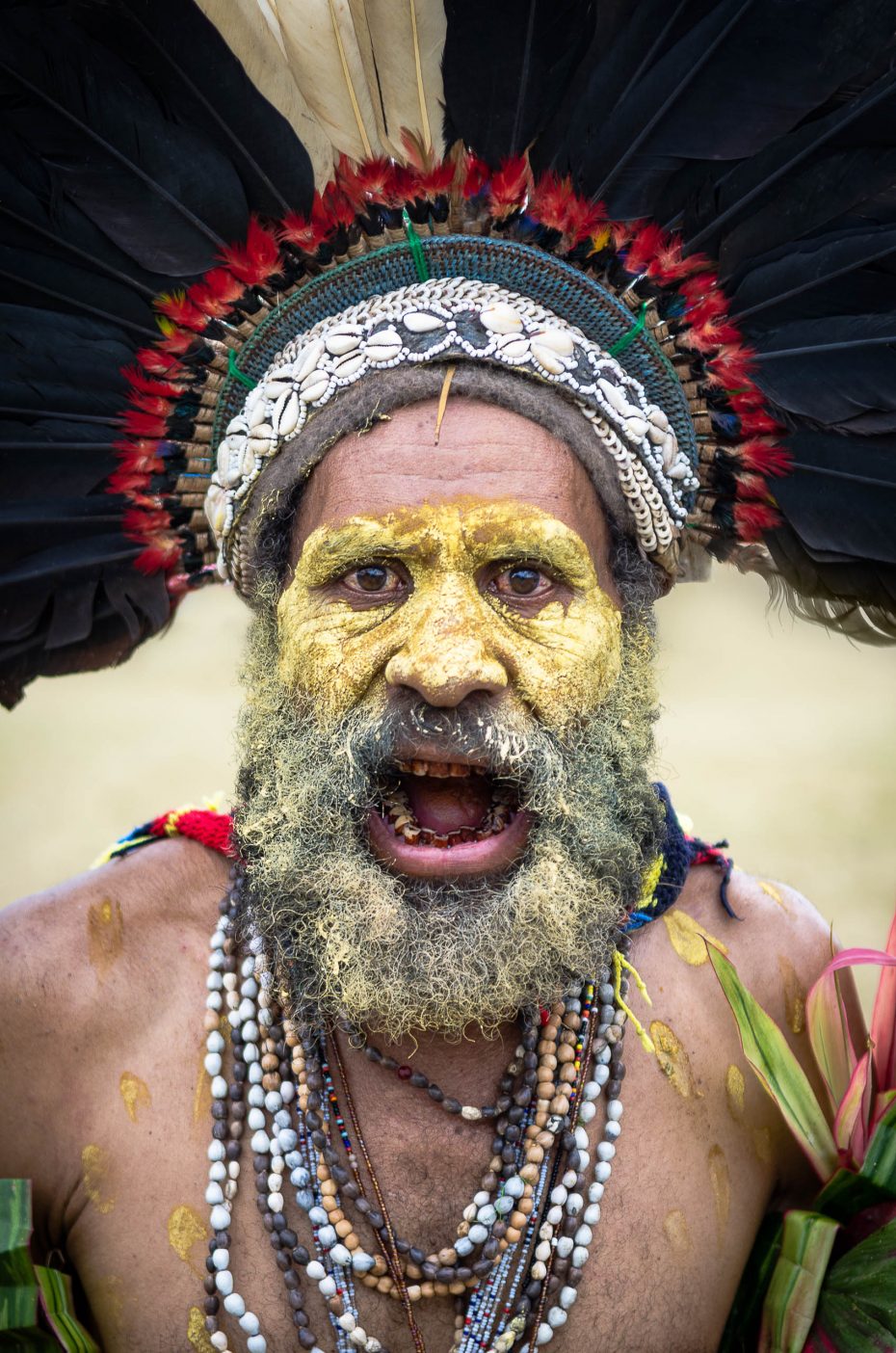 The Goroka Show is a contest between about a hundred different groups from all over the country. They sing and dance all day, in order to impress the jury. This old Papuan man didn't settle for any less than first place. Goroka, Eastern Highlands Province, Papua New Guinea. 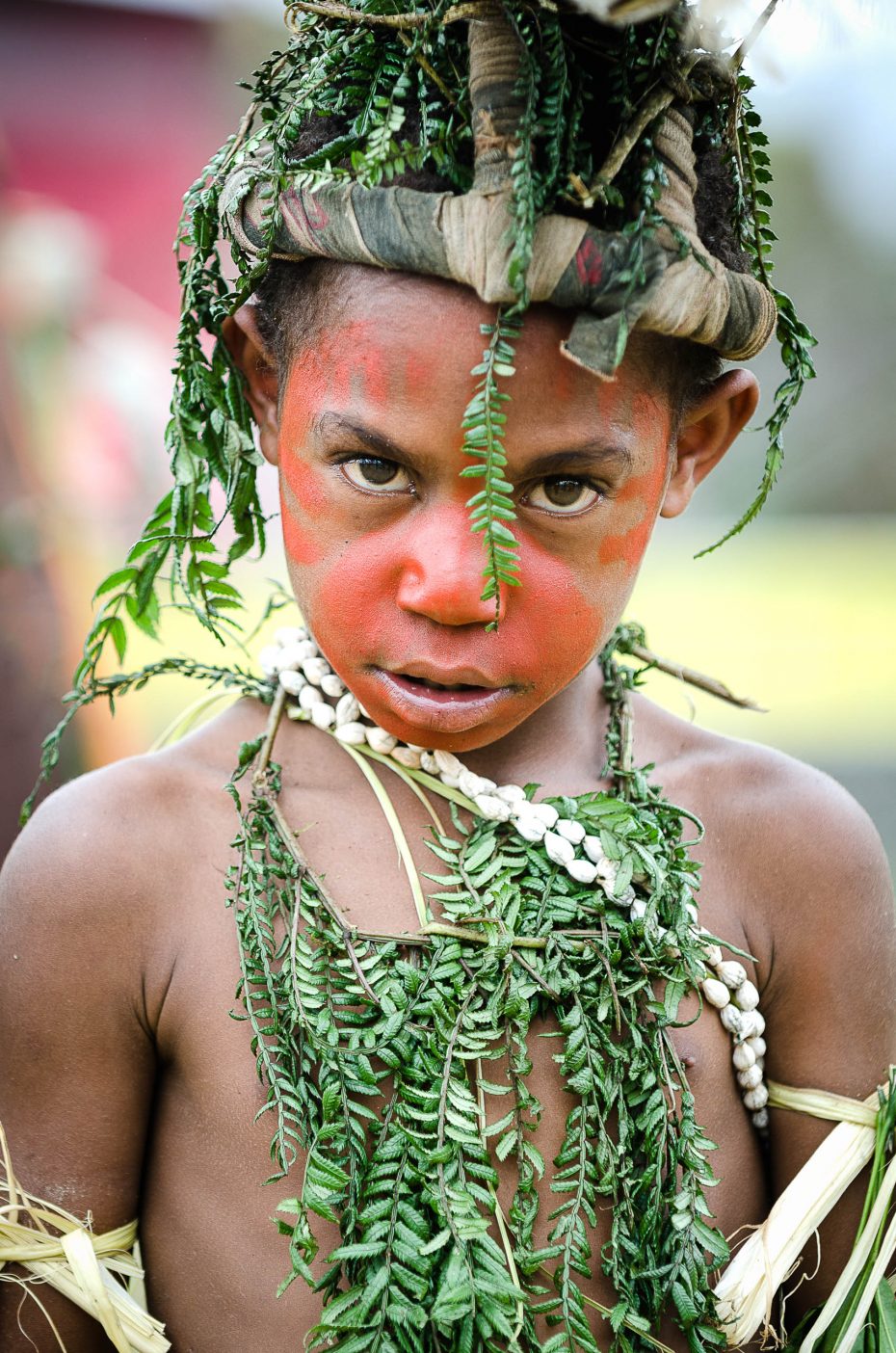 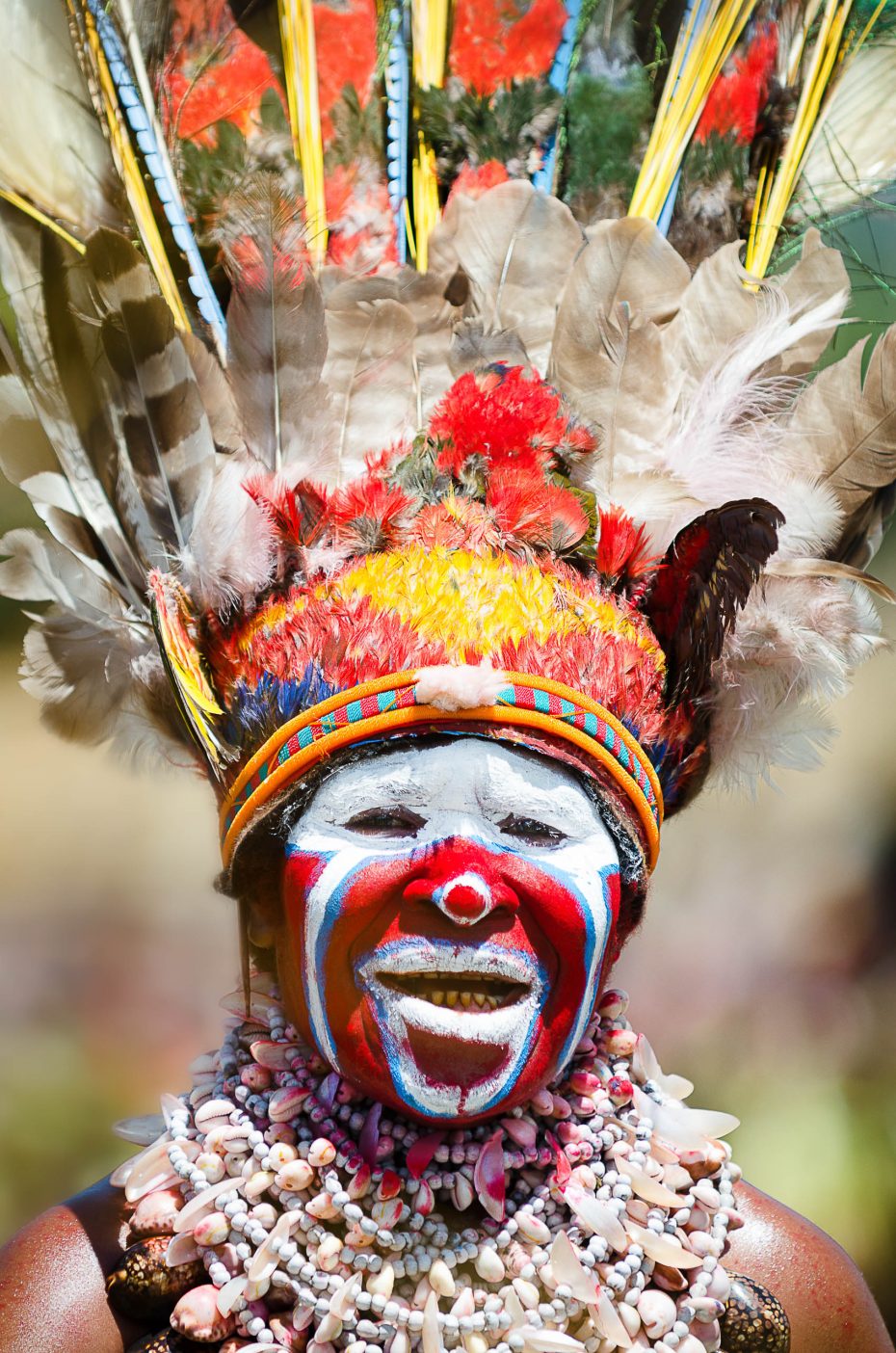 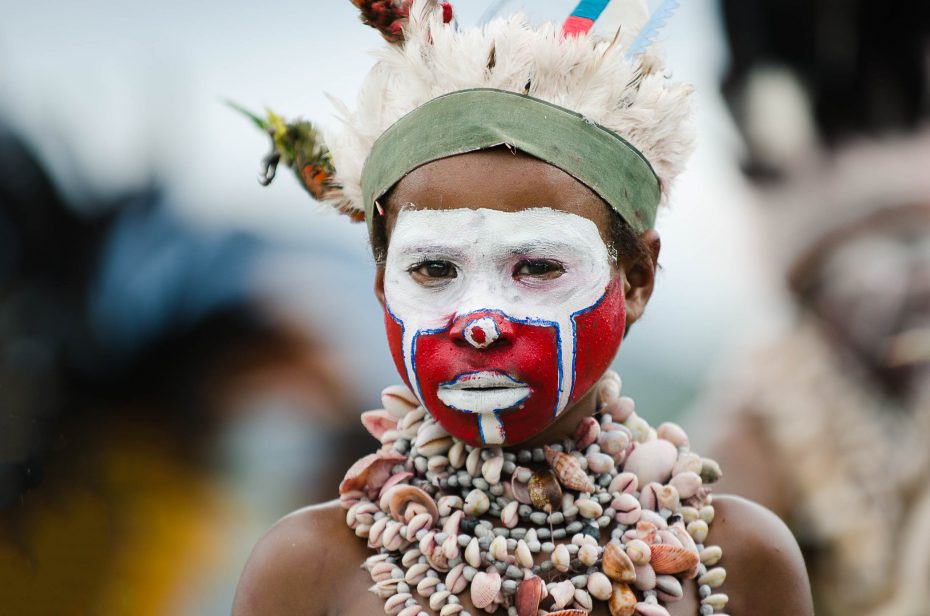 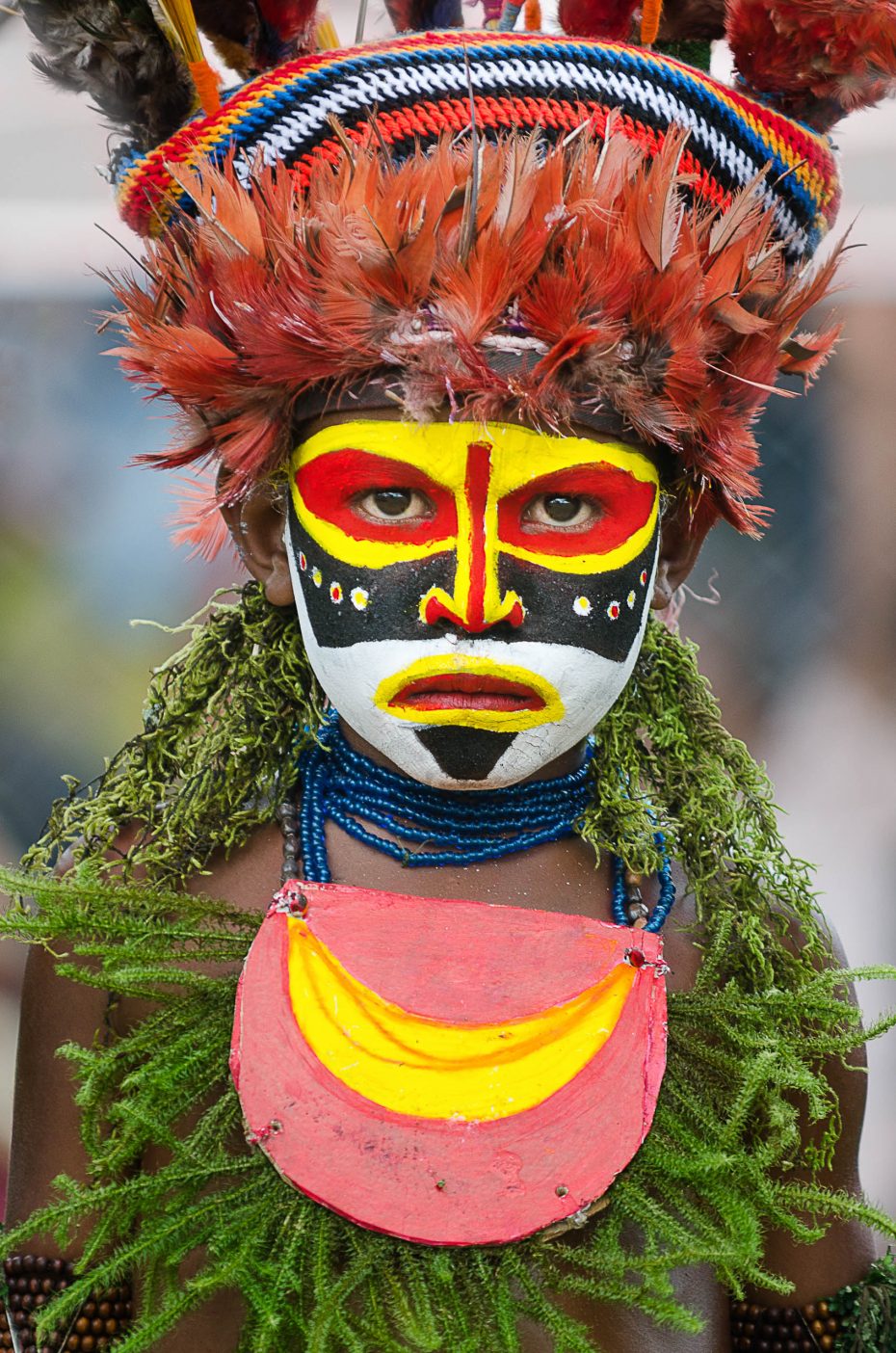 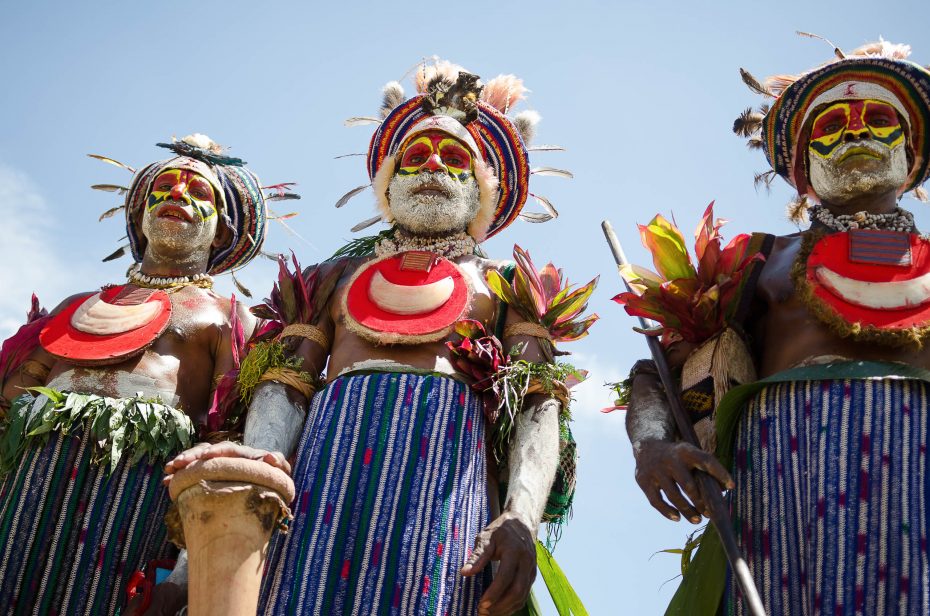 Men from a tribe from the Mt. Hagen area in Papua New Guinea. 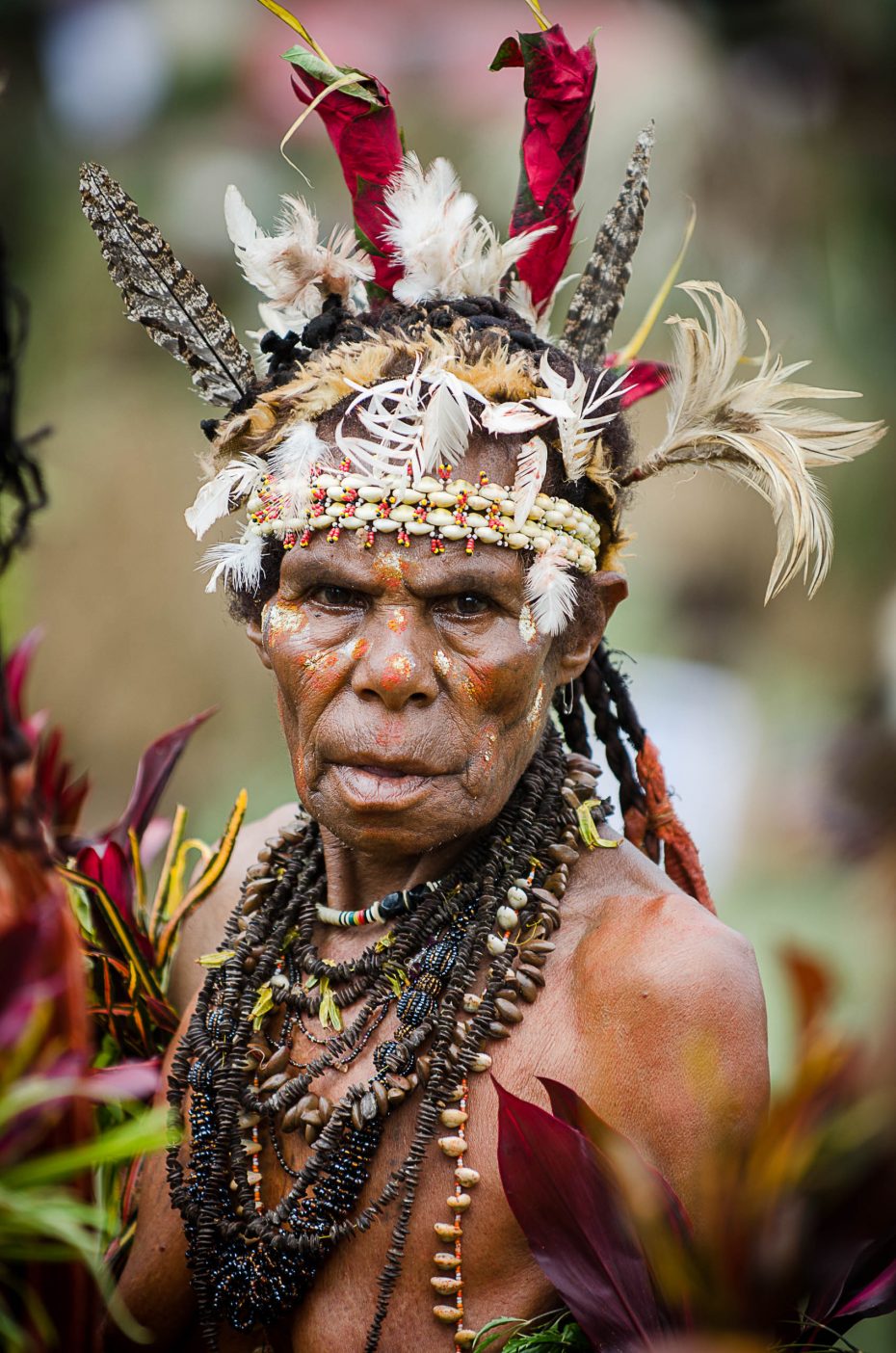