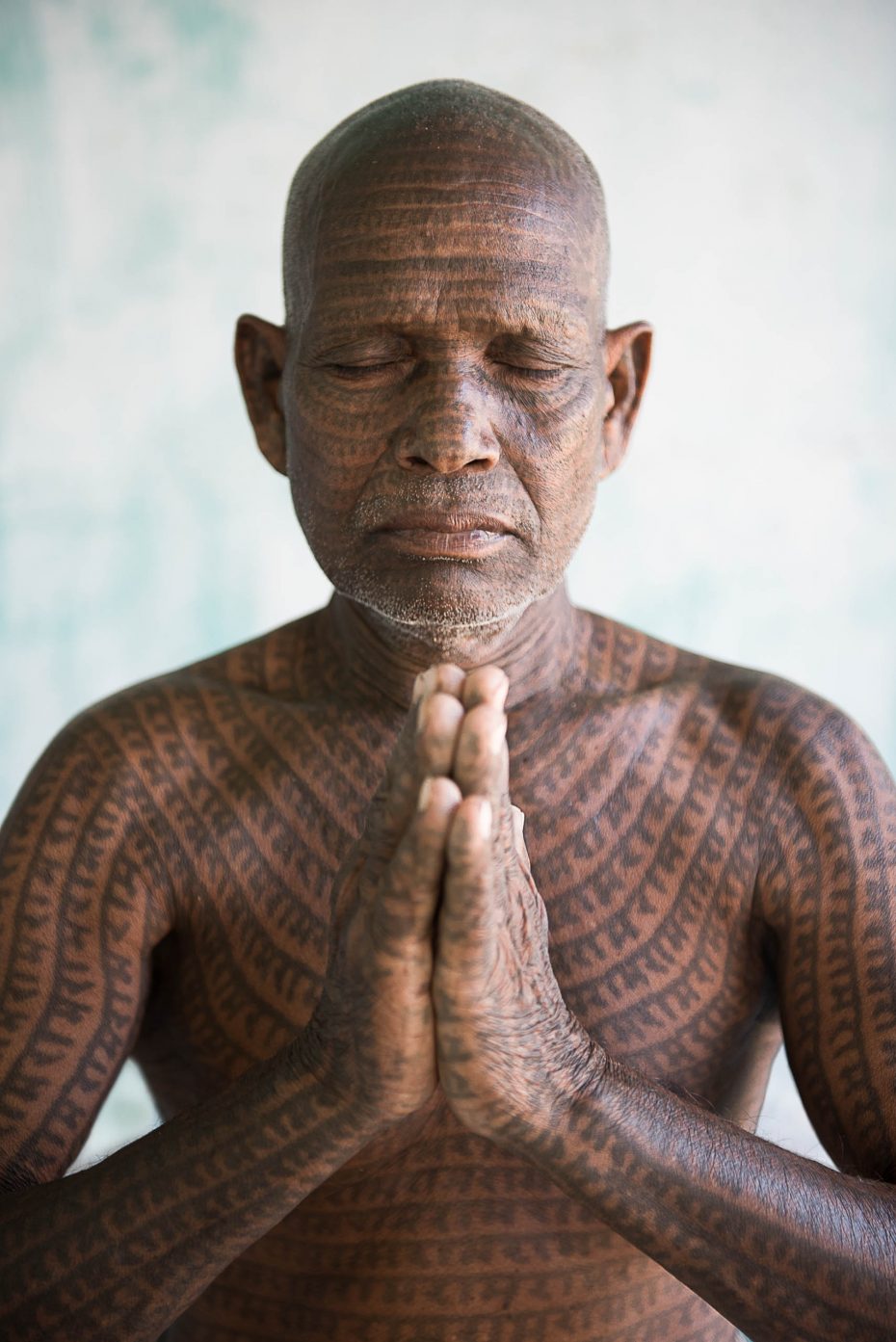 The Ramnamis are followers of the Hindu god Ram. Being at the bottom of India's caste system, they were refused access to temples. To show their devotion in a different way, they started tattooing the name of Lord Ram all over their faces and bodies.
Buy this print 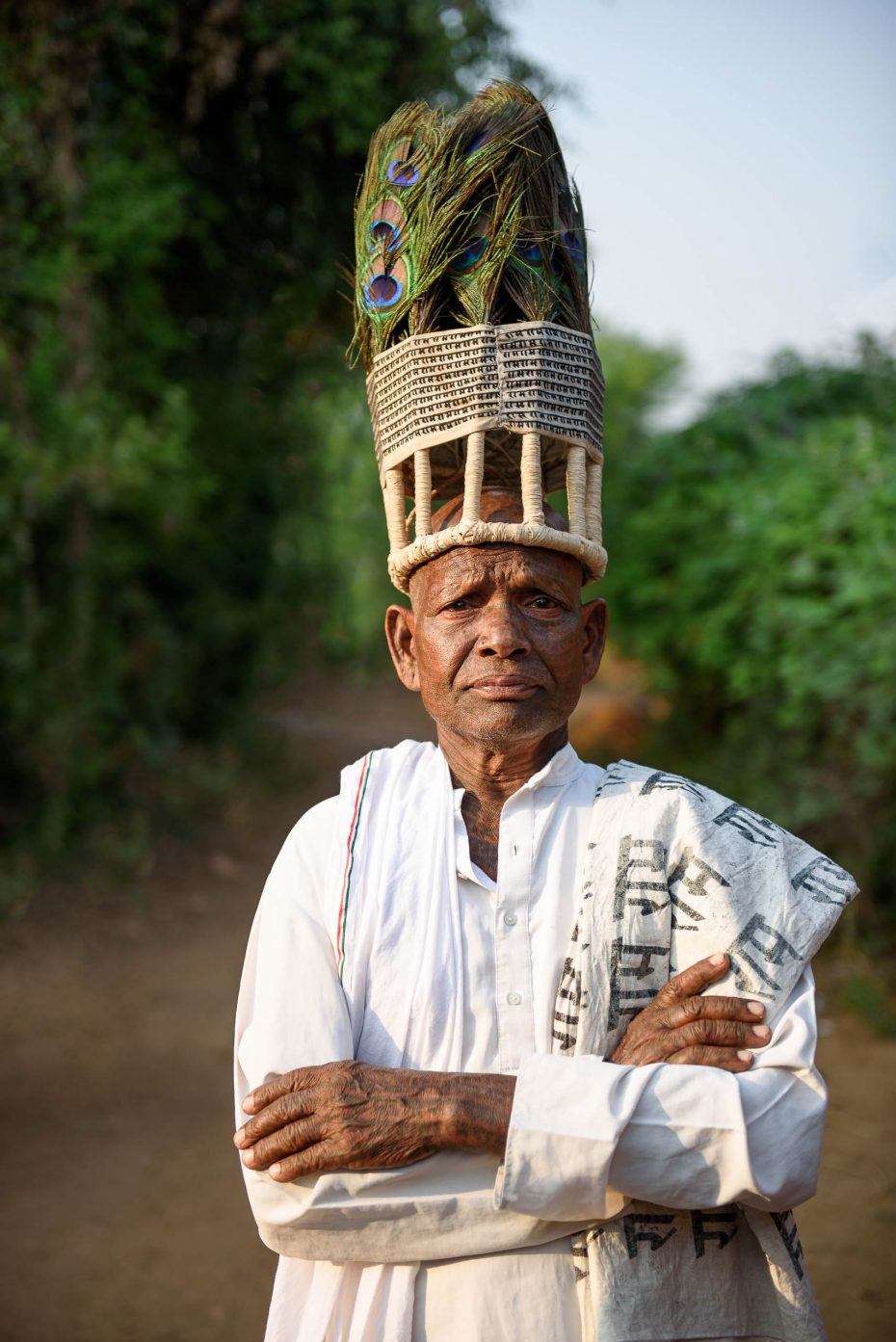 The makut is the traditional hat used by the Ramnami, devoted followers of the Hindu god Ram. It is made of peacock feathers and a piece of cloth decorated with the name Ram. 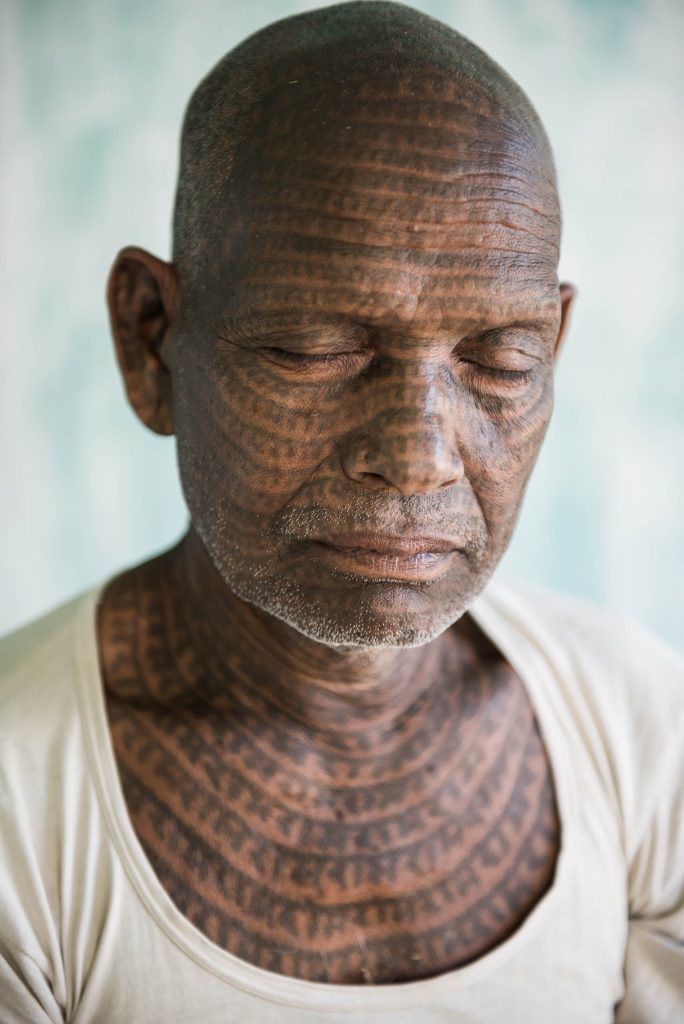 Mahettar Ram (77) praying to the god Ram in his house in the village of Jamgahan, India.
Buy this print 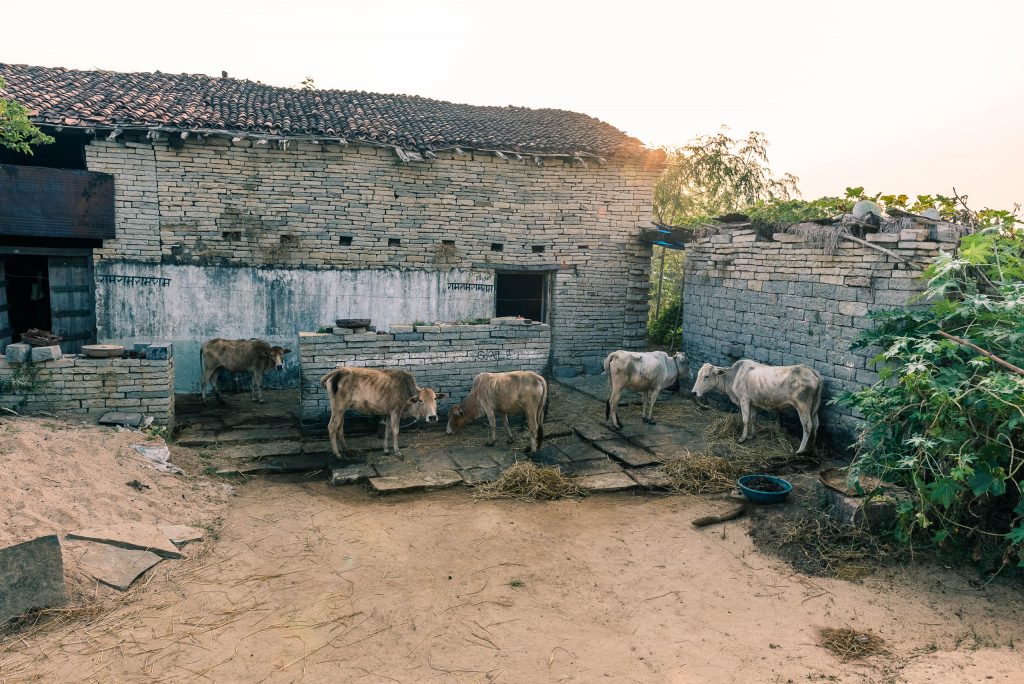 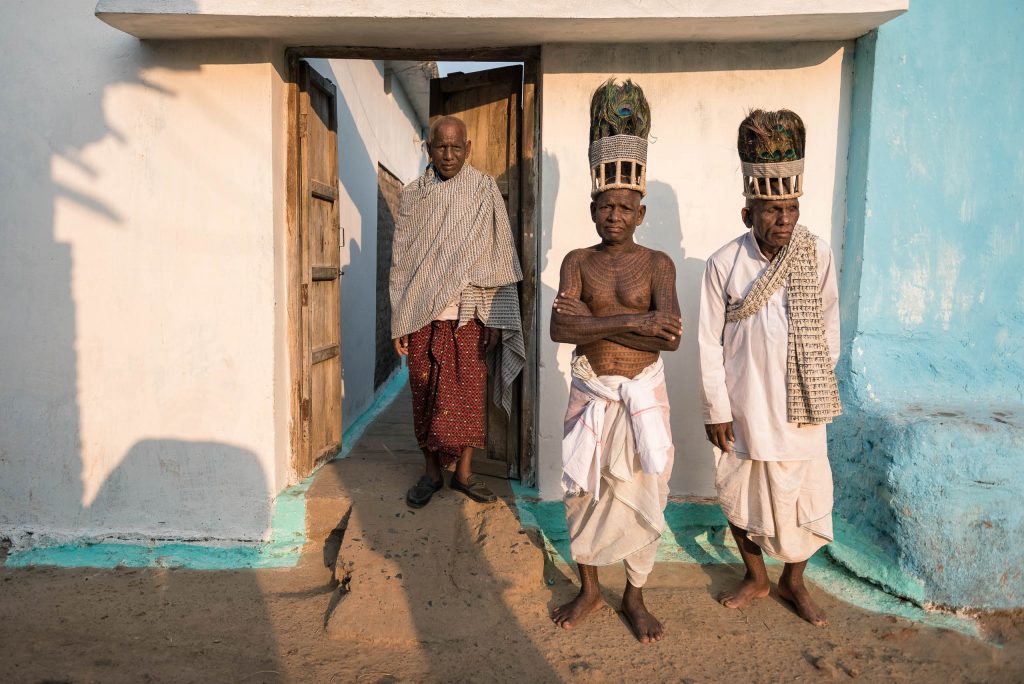 Three Ramnami men getting ready for a local village festival in the honor of Ram. Legend goes that the first Ramnamis where already followers of Ram before he was born. His name was presented to them in a vision. When the God was born, he was indeed named Ram. 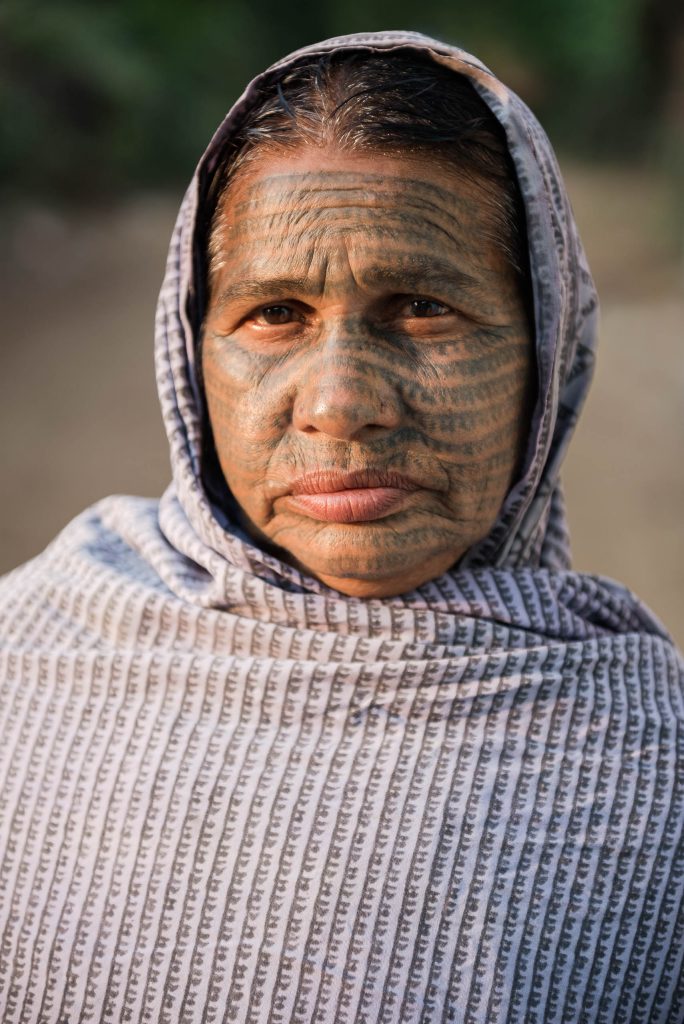 Not only men, but some women also take part in the custom of tattooing the name of Ram on their bodies. 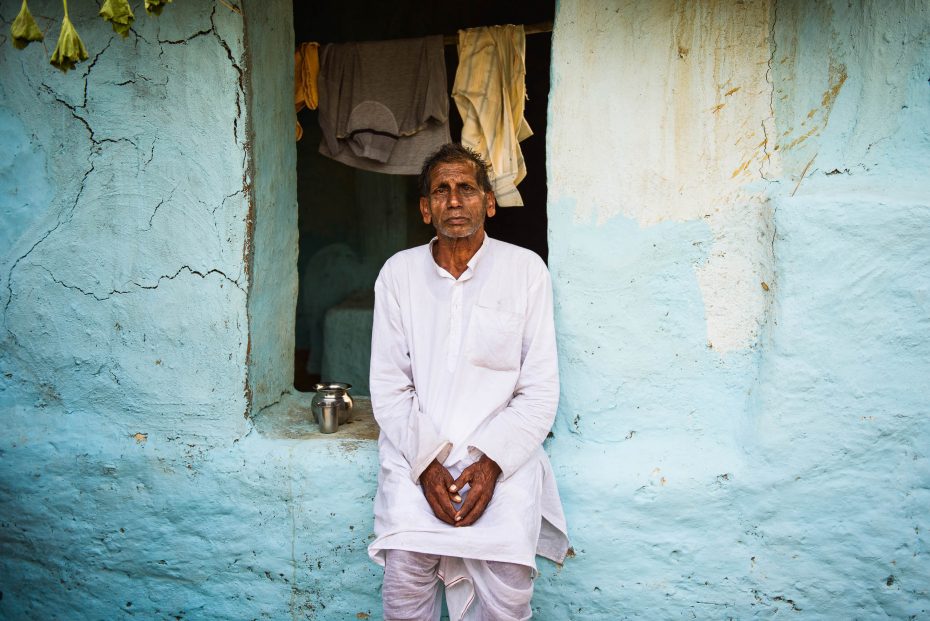 Banwali Ram, a member of the religious Ramnami sect, waiting for a 9-day local festival to start in honor of the Hindu god Ram. 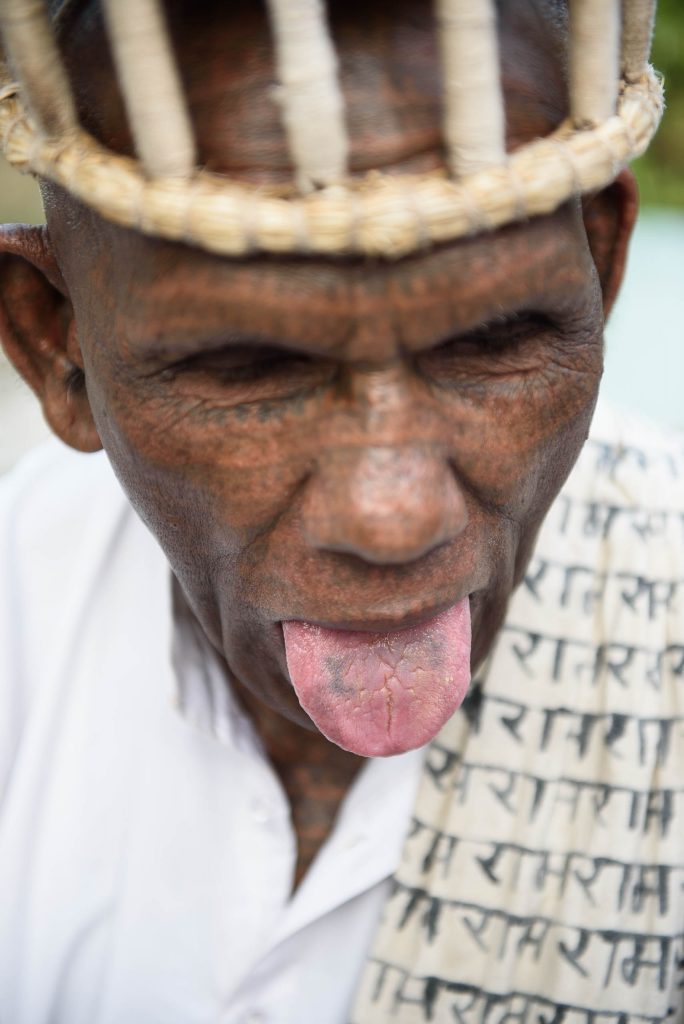 Ramnami start by tattooing Ram on the forehead four times. Depending on how much the person can handle, the continued covering the entire face, body, and even the tongue. 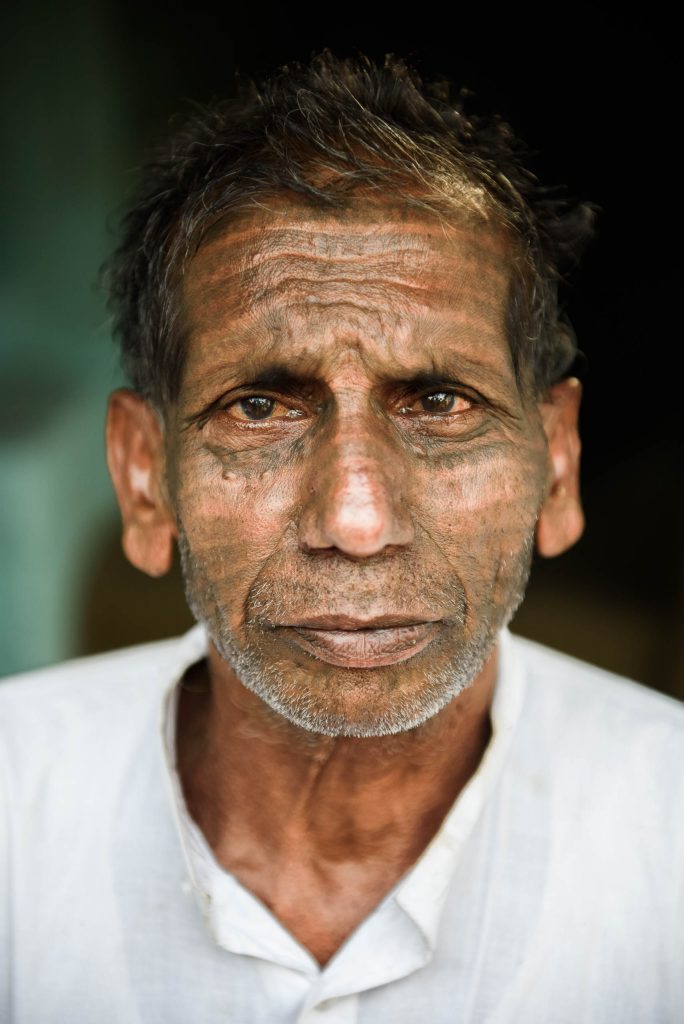 Portrait of a Ramnami man who tattooed the name of his god, Ram, all over his face to show his devotion. Some Ramnami even have their whole body covered. 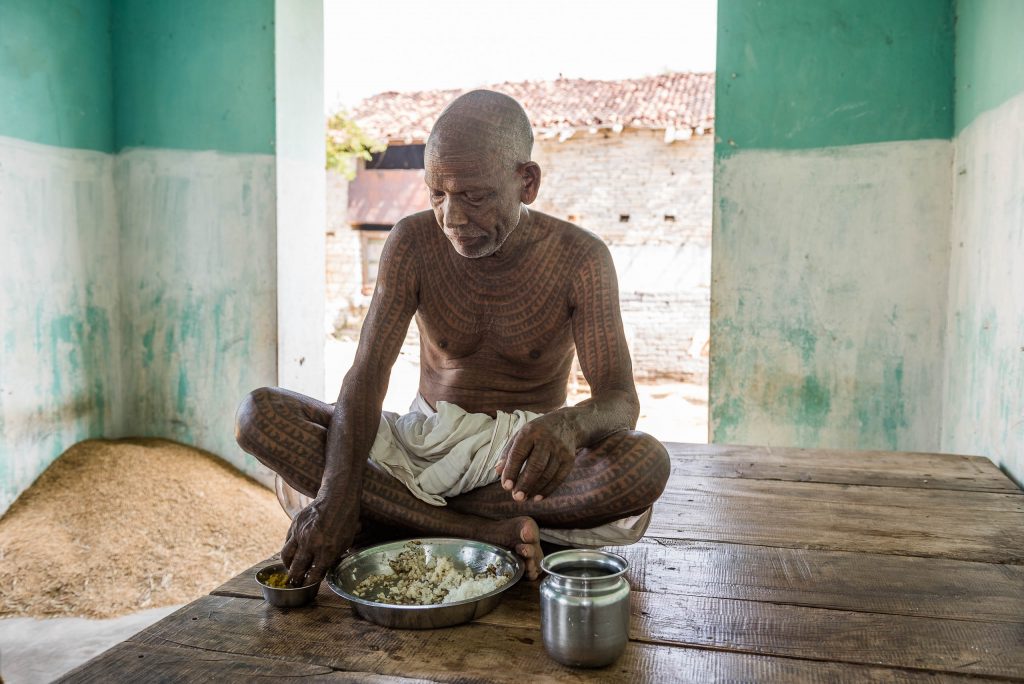 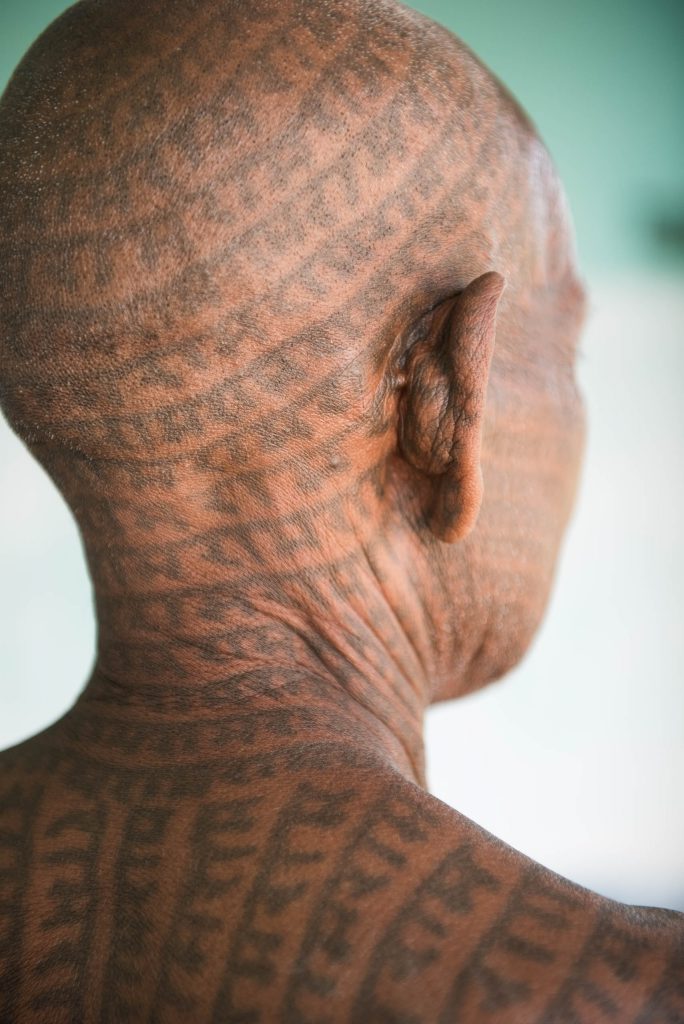 Mahettar Ram (77) has the name of this God, Ram, tattooed all over his body. Even sensitive place like his ears and eyelids. 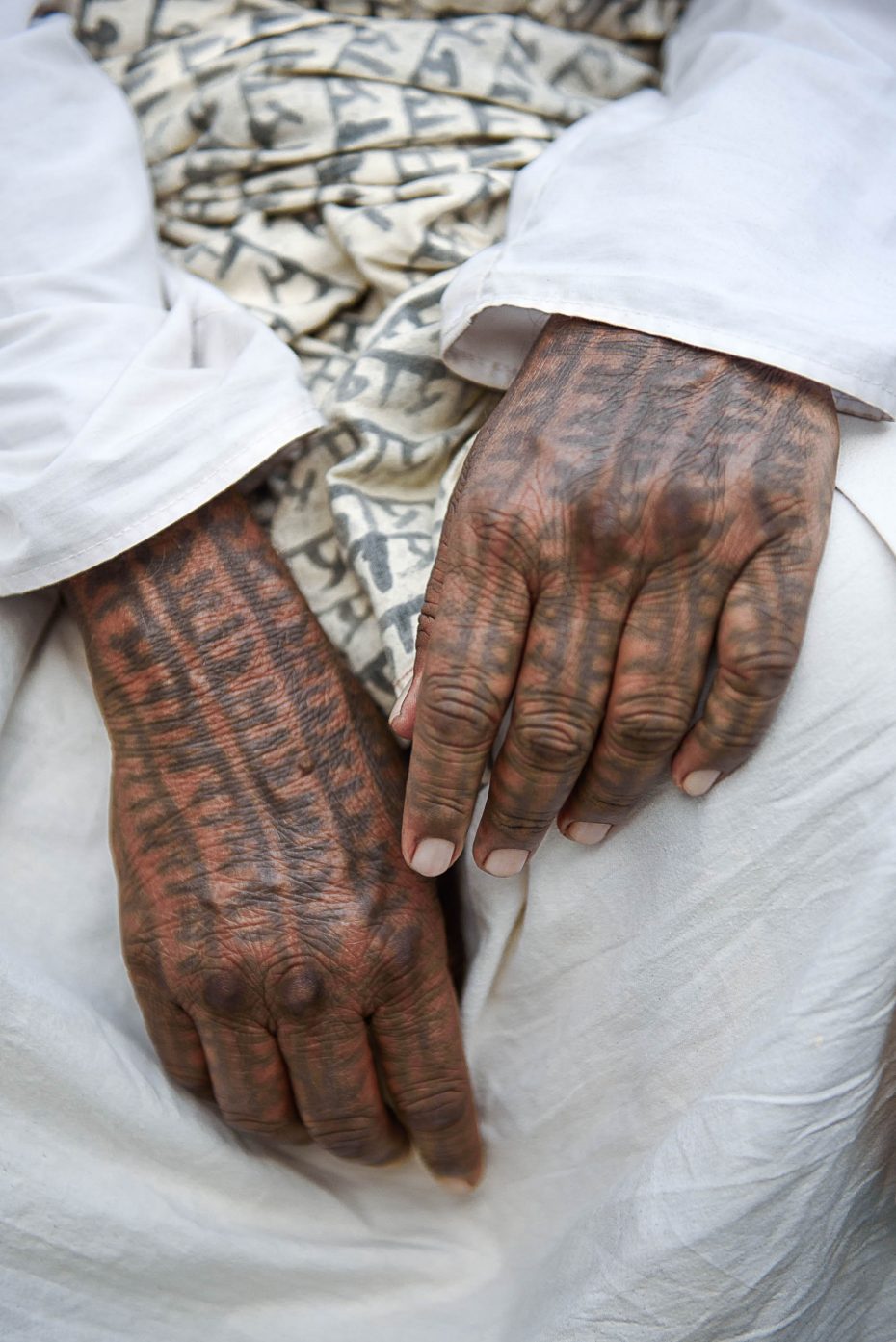 The tattooed hands of a devotee to the Hindu god Ram. 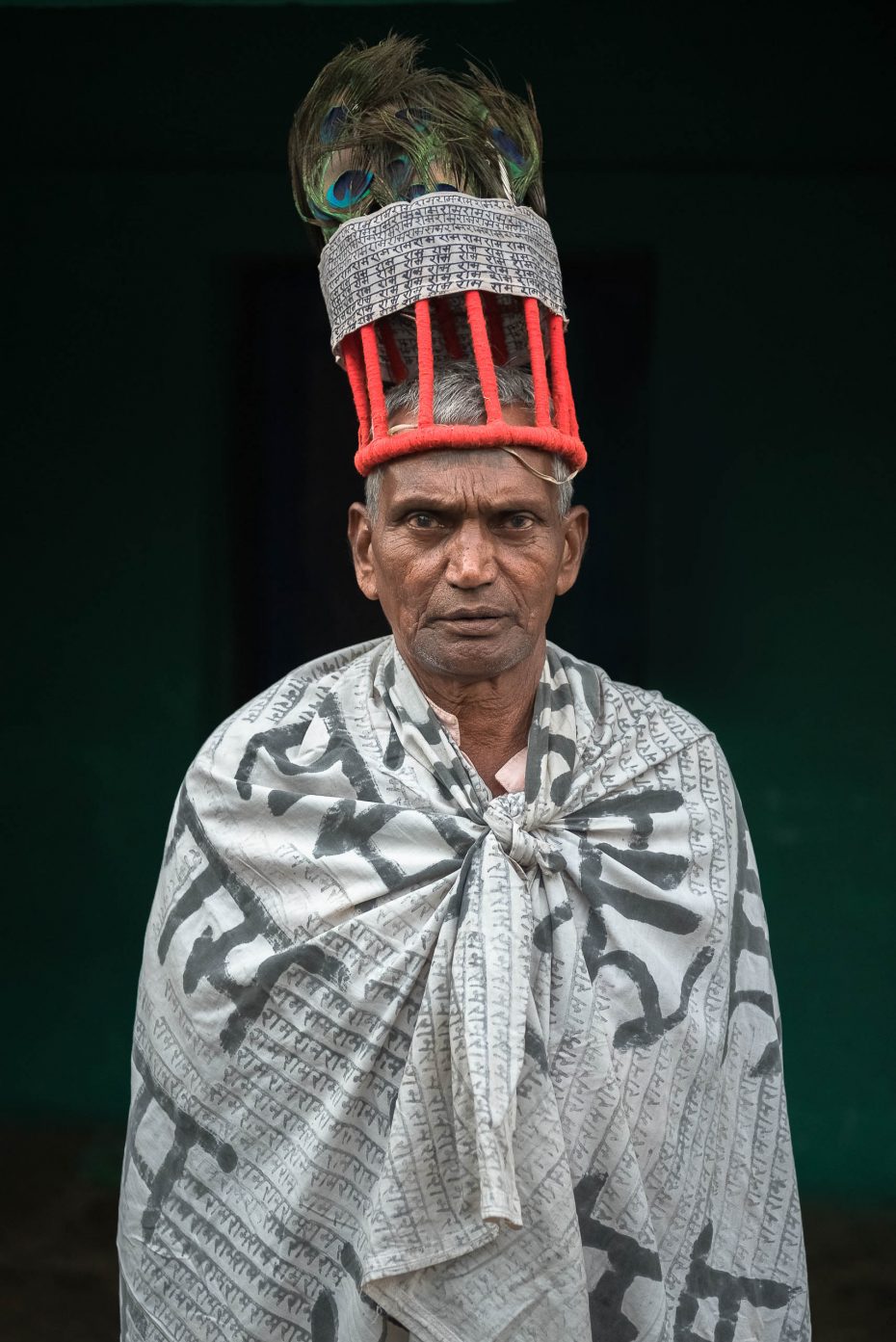 The makut, a peacock feather hat, is one of the most precious possessions of the Ramnami. Just like their body tattoos, the hat and alfi ramram, a big scarf, are covered with the name of their god Ram. 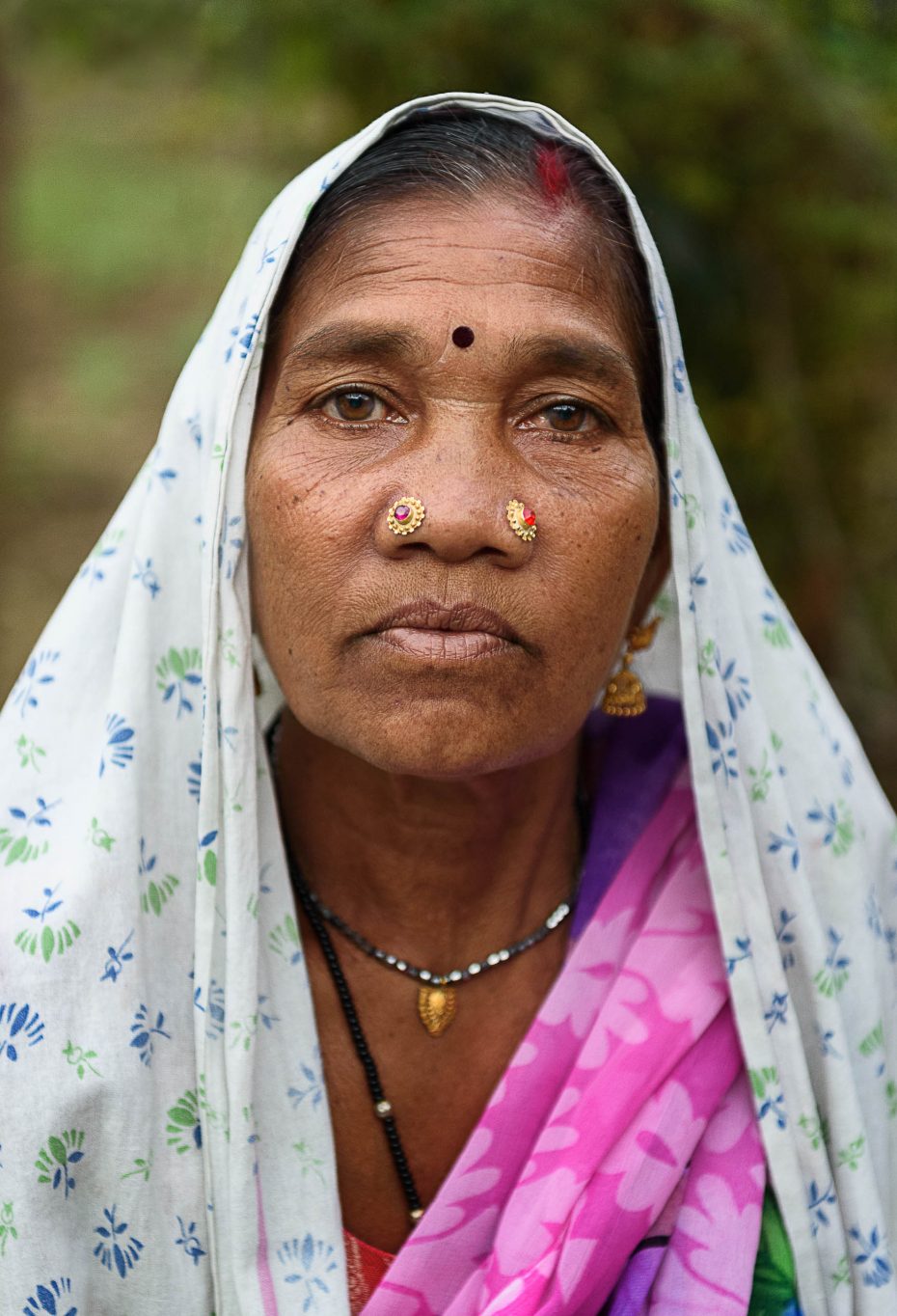 The wife of a Ramnami man. Even though she is not heavily tattoed like her husband, the God Ram plays a big part in her daily life. 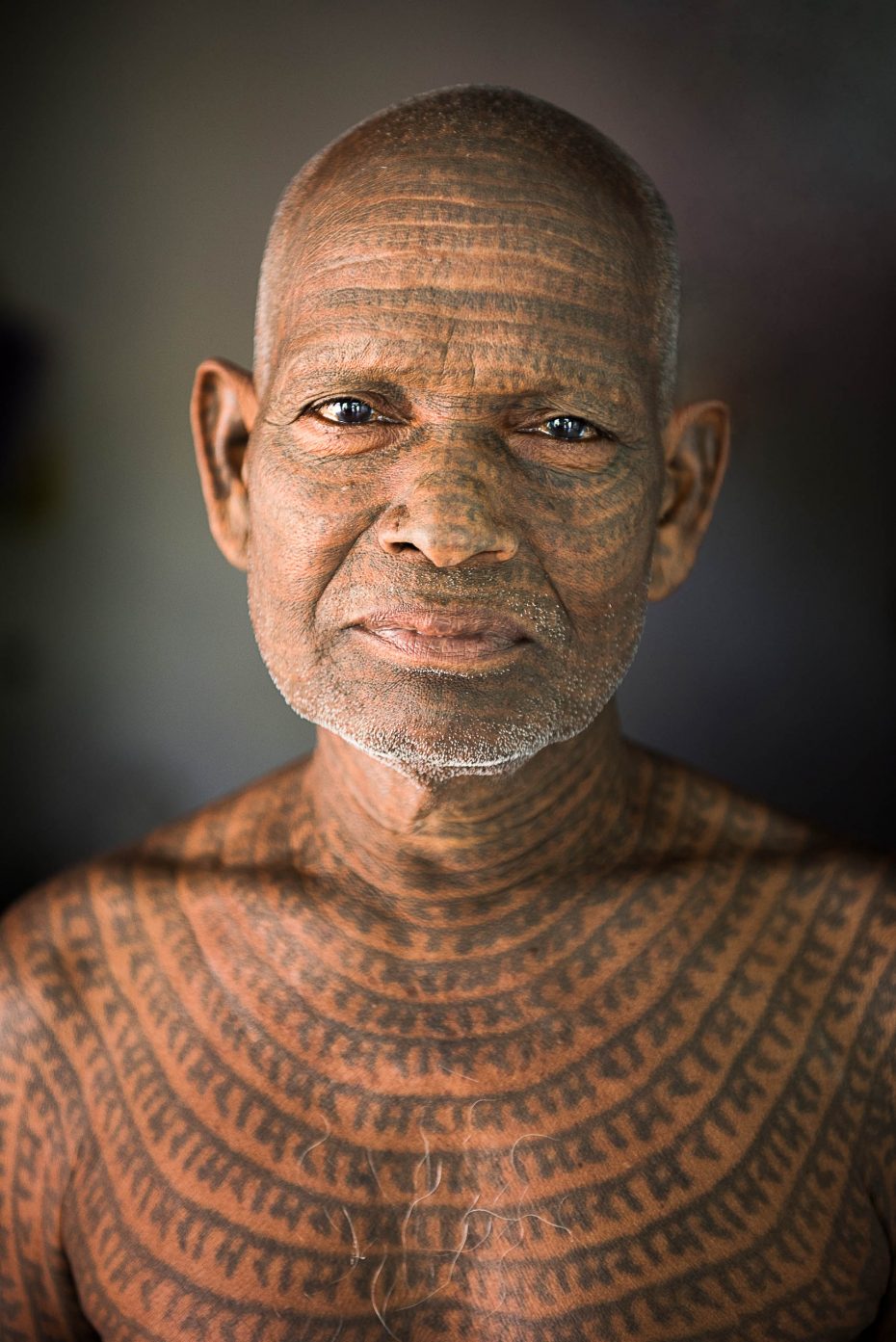 Portrait of a Ramnami man, who has tattooed the name of his God Ram all over his body to show his devotion. It took 18 days of over 8 hours each day to get his tattoo.
Buy this print